The Rise Of Hijabi Cosplay

By: Deka Omar
In: Uncategorized
With: 15 Comments 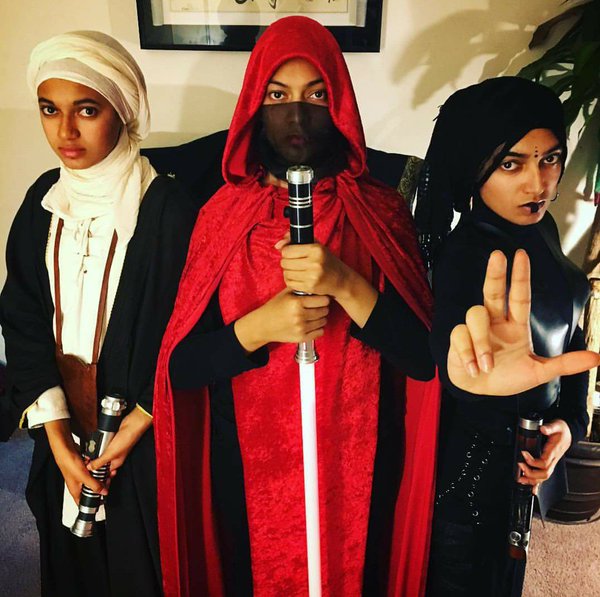 Anyone who’s ever been to Comic-Con—or any of the multitudes of other conventions—knows that cosplaying is half the fun. For all Hijabis out there though, finding a hijab-friendly costume is THE CHALLENGE of a lifetime. The truth is much of the source material that makes up the bedrock of geek culture is neither written/created by Muslims nor stars any Hijabis (other than Dust from the X-Men and few lesser known characters). For Hijabis finding ways of “hijabifying” their favourite costumes is part and parcel of the Muslim geek experience. Whether resorting to gender bending (female Captain America, Female Joker), finding ways of incorporating their hijab into the costume, or simply creating new and original ones, creativity and authenticity are the very essence of Hijabi cosplay.

Cosplay has been steadily gaining in popularity not only amongst Muslim Diasporas in the West but also in the Muslim world. With the advent of Comic-Con in countries such as the United Arab Emirates and Saudi Arabia, and conventions dedicated exclusively to Hijab Cosplay in Malaysia it is becoming apparent that Muslim fans are increasingly trying  to carve a space for themselves in the broader fandom. Muslim women particularly find in cosplay a way of expressing their creativity while simultaneously challenging the stereotypes pertaining to their Muslim identity, and reiterating the ideals of modesty to which they aspire. The rise in popularity of Hijabi cosplay is nowhere more evident than on platforms such as Tumblr, Pinterest, Facebook, and Youtube where Hijabi cosplayers not only document their work but also exchange ideas and create tutorials. While in essence belonging to the broader community of cosplayers, Hijabis are creating in their own way a subculture where they can navigate the intricacies of their religious identity and expand their creativity. It has become a way for them to transcend the often overtly islamophobic rhetoric pertaining to Muslim women in order to reclaim their agency as women, Muslims, and fans.