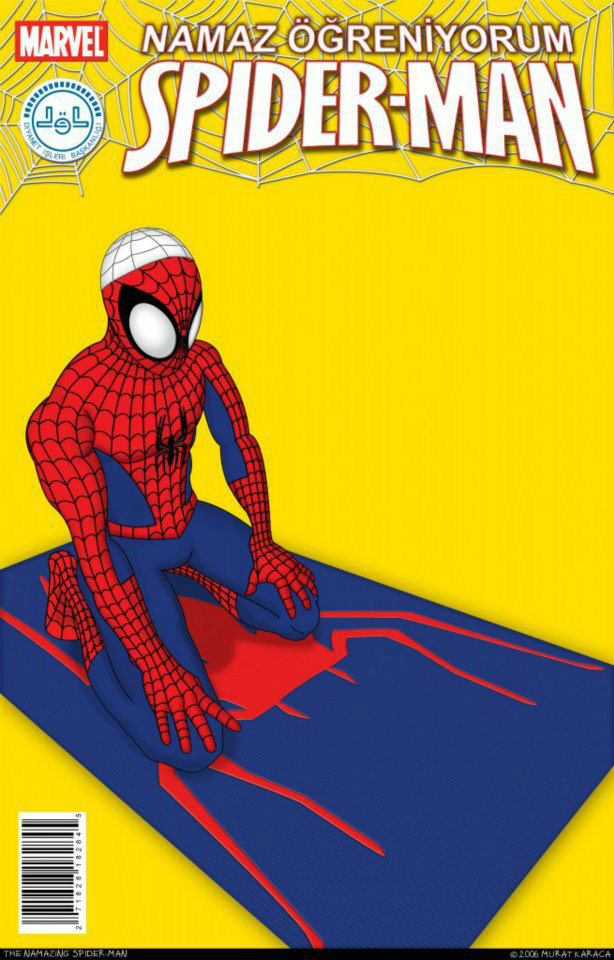 Technically this is not Sci-Fi or even canonical comic books but the following two images first made rounds in the Turkish blogsphere and then into the wider Muslim blogsphere in the English speaking world and thus we felt compelled to cover it here. The first image is from a prayer guide published by the Turkish department of religious affairs and was geared towards teaching praying (salat in Arabic and Namaz in Turkish, Persian, Urdu, Hindi and Bengali) to children. So while this is technically not sci-fi in the traditional sense, it is nonetheless too good to not post here.

The second image is supposed to be a spoof of the first one and was created by the more secular elements of the Turkish society to illustrate their viewpoint of the new influence of religion in the public sphere. The image shows a normal Muslim guy pray but he is surprised and somewhat taken aback when he is about to finish praying and sees Spiderman praying next to him. Regardless of where one stands on the divide in the Turkish society, these are nonetheless interesting mashups to think about.