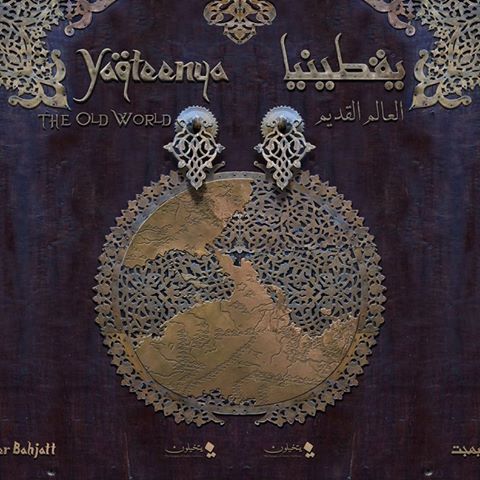 Yaqteenya is an alternative history novel by Yasir Bahjatt, a Saudi citizen who has been instrumental in trying to get the genre of Science Fiction off the ground in Saudi Arabia. The novel has both Science Fiction and Fantasy elements. It imagines a group of Spanish Muslims who venture into the New World i.e., the Americas and start a new civilization by merging with the Native American people. Aware of the perils of the Old World they make a pack of not going back ever. However over the course of time the reality of the Old World gets shrouded in mystery and some even question that if it exists or not. The story is centered around one protagonist who ventures back to find the origin of his people. Here is an excerpt from Kirkus Reviews:

After ruling the territory of Al-Andalus (now modern-day Spain and Portugal) for hundreds of years, the Moors’ reign came to an end with the 1492 fall of Granada. According to Bahjatt’s alternative history, the Moors fled Al-Andalus and came upon the warring tribes of Yaqteenya, whom they joined under the “unifying flag of Islam.” Claiming to be the last surviving Muslims, the Moors made a deal: they would help build Yaqteenya into a great civilization as long as nobody there returned to the old world and told Allah’s enemies about Yaqteenya’s existence. This agreement resulted in nearly 300 years of isolation and peace. Now, five chieftains deny the existence of the old world, question the veracity of Islam, and issue an ultimatum: the Moors and their followers must leave Yaqteenya or die. After a grueling year of bloodshed, Al-Baz Al-Monqad, the son of a chieftain who supports the Moors, decides to defy his father’s wishes and venture beyond Yaqteenya’s borders to determine whether the Moors have been telling the truth.