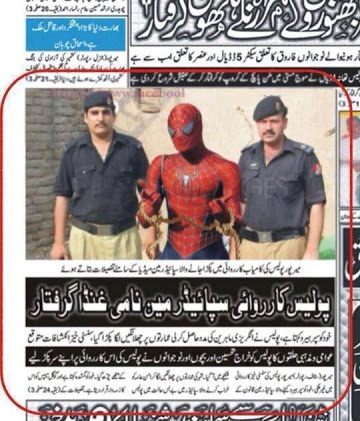 The third post in this series is what would be considered unintentional superhero science fiction coming from Pakistan. While Pakistan is currently working on its first superhero movie these instances are less than serious. It appears that Spiderman has become pretty popular these days in Pakistan. Here is Spiderman getting in trouble with the law according to a Pakistani newspaper. The humeroud headline reads, “A gangster named Spiderman arrested in a police raid.” This was bound to happen one day Peter Parker.

Here is Spiderman taking the reigns of a donkey cart in Pakistan after he ran out of webs to sling. It makes one wonder what does Peter Parker do for a living. 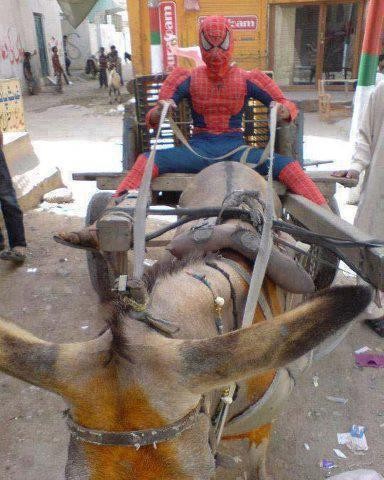 Lastly the following comic imagines Spiderman during the kite flying festival Basant in Lahore in Punjab. Basant is an extremely popular festival in the Punjab region when a large number of people fly kites. Spiderman. It appears that Spiderman wont be able to survive in such an environment for long. 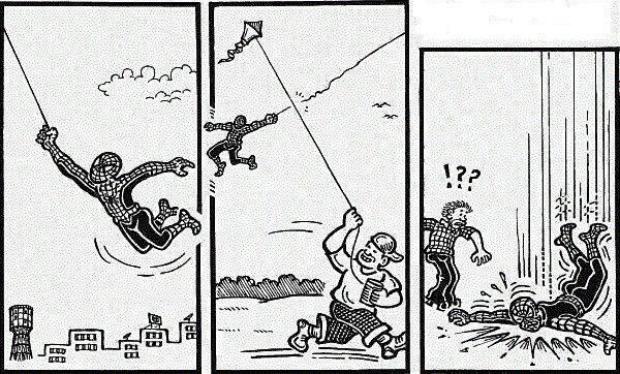 Since we are on the topic of superheroes Murtza Ali Jafri imagines in a humorous article for the Dawn Newspaper what a Pakistani Superman would look like.

Since Super Sahib would have a pot belly rivaling the entire consolidated Sharif clan, there is no way he would prance around in physique-hugging tights. Instead, the man would dress for comfort and rock out in a shalwar kameez – they are darn comfortable, after all.

Do you honestly think the most powerful being in this country would roam around in tights and wear his underwear on the outside? Let’s get real. He doesn’t need to prove anything or impress anyone! He’s Super Sahib. Besides, his desi Super Mummy would cry a river if he dressed like the spokesperson for the Gay Pride Parade.

In the fine tradition of chairmen, politicians, and mill owners, Super Sahib would probably wear a plain white shalwar kameez in the finest available latha. But given his stature, he’d probably have at least a few sponsors – Pepsi, McDonalds, etc. And when the likes of Shahid Afridi come to whack him for siphoning off their sponsorships, he’ll simply fly away. 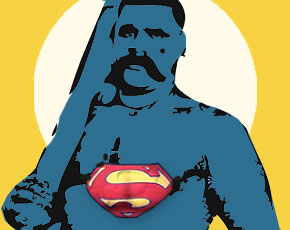