Should A Muslim Perspective Matter In Science Fiction?

By: Deka Omar
In: Opinion Piece
With: 10 Comments 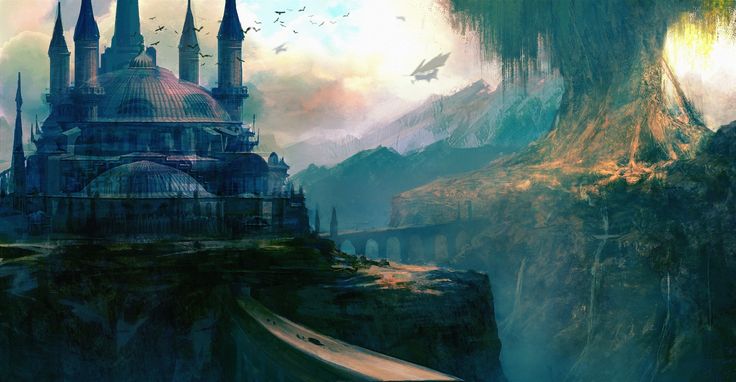 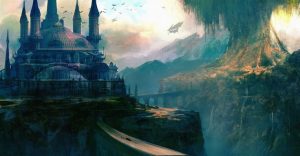 Storytelling has always been an integral part of human traditions. Every story serves as a medium to convey ideas, pass on values and norms, or invite audiences to ponder and reflect. Some of the greatest stories ever told were intended to be a reflection on the world we live in. Both Huxley’s Brave New World, and Hugo’s Les Miserables—although belonging to wildly different genres—are perfect examples of stories examining the human condition with perspicacity and creativity. Science Fiction particularly, has produced over the decades, stories that allow an incredible level of range and variety, while taking place in an ever shifting and evolving context. This fluidity in storytelling is what makes this genre an interesting vehicle for tackling complex, and challenging ideas.

While Muslims are often consumers of science fiction, their impact as producers of new sci-fi material is unfortunately negligible. However, one could easily argue that many of the contemporary anxieties experienced by Muslims fit perfectly into the themes that have always been staples of the genre. Politics, class, warfare, marginalization, and surveillance are topics that could be revisited, and reimagined through a uniquely Muslim perspective. The personalization of stories to reflect the lived experience of Muslims could broaden the realm of science fiction regarded too long as a mostly Western phenomenon.

George Orwell wrote 1984 to depict the dangers of a totalitarian government. Horrified by the exactions of totalitarianism in Spain and Russia, he used storytelling to address the control such a government would exert on its citizenry in order to maintain and increase its power. In his novel, propaganda and surveillance are two pervasive themes. Both are used by Orwell to construct a claustrophobic setting in which every action, every thought is carefully controlled and managed. His depiction of a dystopian authoritarian society was such, that elements of his story bled into our own vocabulary. Doublethink, Big Brother, and Newspeak are constantly used today in reference to overt government propaganda and surveillance.

For many Muslims in the West, anti-Muslim rhetoric and intrusive government surveillance are very much at the forefront of their anxieties. Much like Orwell used science fiction to voice his trepidations about communism, Muslims could also use it to bring their own experiences to a wider audience in order to dispel misconceptions, and question the vehement discourse of Islamophobia. As a community often subjected to a narrative that demonizes them and depicts them as the ultimate “other”, this type of storytelling could help bridge the gap separating them from mainstream society. When a reader delves deeper into the world created by a writer, similarities become evident between their two worlds, and understanding starts to emerge. As a genre that often confronts preconceived ideas by proposing alternatives to the established narrative, science fiction is perfectly positioned to challenge the discourse of alienation, and marginalization levelled against scores of Muslims daily.

Military science fiction, as a sub-genre of sci-fi interested in the future of warfare, often discusses the moral philosophy that justifies war as a necessity. It also examines the evolution of weapons, and the usage of technology for military purposes. Vonnegut, Heinlein, Haldeman, and Scott-Card, have all tackled in their stories the logistical complications and emotional effects of warfare. While in Starship Troopers, Heinlein approaches the topic as an almost philosophical thesis on the virtue of military service and absolute allegiance to the state, Vonnegut and Haldeman use storytelling as a way of coming to terms with their own experience as soldiers.

In Slaughterhouse-Five, Vonnegut examines the impact of war on the lives of soldiers. Beyond the senseless loss of life, he explores the guilt experienced by those who survive it. Unable to deal with reality, his main character Billy Pilgrim, conjures up a whole new world far removed from reality. Vonnegut exposes with tact the burden carried by so many soldiers long after the war ended. They often continue to be plagued by sorrow and guilt throughout their lives. By humanizing soldiers, he creates a story questioning the very narrative that presents war as a necessary evil. In The Forever War, Joe Haldeman discusses, through the journey of his reluctant hero William Mandella, the futility of war. He skillfully depicts a conflict sparked by economic need and maintained for centuries through sheer stubbornness. While the soldiers no longer remember the real purpose of the war, they continue fighting and dying for the supposed safety of their world. War becomes the status quo to be maintained at all cost.

Much has been said and written in recent years about the changing nature of “warfare” as it pertains to the war on terror. From the very moment it began, the established moral and legal traditions meant to legislate armed conflicts were relentlessly challenged. The war against terrorism was said to be a “fundamentally different kind of war from more traditional armed conflict.”[1] The primary argument presented to justify this shift in the fundamental moral principles of warfare, claimed that this conflict differed from all other. Hence, new rules and legal considerations must be applied.

“The contemporary advent of terrorism, however, compromises all of these features (Shanahan 2005). Wars are not fought on conventional battlefields, but rather in urban centers. The combatant/non-combatant distinction has become blurred, at least insofar as combatants are no longer readily identified; certainly, they commonly lack military uniforms. But the distinction has been blurred further insofar as civilians often provide material support for combatants through positioning, sustenance, communication, and so on. Are such civilians combatants? Can they be justly targeted? Not only do civilians, whether willing or unwilling, become complicit in some of these cases, but civilians on the other side become targets. In fact, this is one of the hallmarks of terrorism: the targeting of civilians.”[2]

Storytelling offers an opportunity to explore this changing nature of warfare as it pertains not only to the war on terror, but war in general. With advances in technology, traditional warfare takes on another flavor. While ground offensives and airstrikes are still widely used, “clean wars” via drone attacks are rapidly becoming the preferred method of killing. In the past six years, more than two thousand people have been killed by US drone strikes.[3] The reasoning used to justify the increase in these types of attacks is that drones are precise, effective weapons capable of reducing inadvertent casualties. It allows nations to embark on what is for all intents and purposes a war, without ever having to contend with public displeasure triggered by the death of soldiers.

The prevailing ethos in warfare these days seems to be one that rests on the idea of spatial and group-based exceptionalism. In other words, certain territories and groups are said to exist beyond the confines of normal moral and philosophical concerns. Preemptive wars, torture, and assassinations without due process, become legal in this new framework. Questioning this idea of a new, cold, and detached warfare, provides writers with an opportunity to create bold, imaginative, and insightful stories. Vonnegut and Haldeman presented through their novels a passionate plea against war. Muslim writers could, through their own stories, invite people to ponder on the implication of killing machines that can be operated from thousands of miles with terrifying efficiency. They could question the very morality of the concept of “clean wars”, and illustrate why having soldiers calmly and dispassionately hit their targets from a safe distance, without ever having to preoccupy themselves with conventions, or rules of engagement, is a moral predicament that urgently requires an answer.