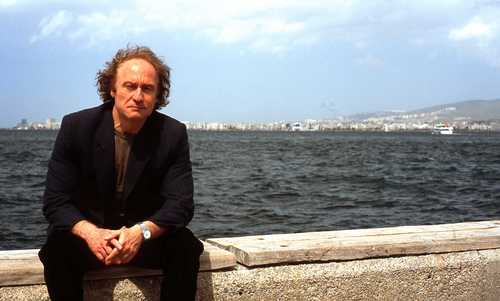 Sadik Yemni is a Turkish-Dutch novelist who has been called the Lord of Turkish Fiction. His work combines multiple genres like detective fiction, science fiction, drama, paranormal, horror and humor.  Here is a synopsis of some of his well known science fiction novels:

The Other Side (Öte Yer): A probe launch to the moon in the mid-sixties sends back the message “Is every thing O.K. D-Boy?” years after it has been terminated. The message appears to be authentic but everyone is puzzled about the message since the probe was silent for such a long time.

Solvent (Çözücü): In 2004, in the middle of Takim square in Istanbul 50,000 people disappear without a trace and for no apparent reason. Only 26 people survive in a small region with an invisible barrier around them which no one can cross. No one is sure what is going on: Simulated reality? Mind-over-matter? Alien abduction? False memory?

Metros: A few thousand years ago a bright light appears in the sky in Istanbul and turns people into mutants. While many of  them are killed by the locals but some of them survive to the present day.

Immortal (Ölümsüz): Immortal is described as a sufi science fiction. Ayhan Timir is working in a hotel where he is fired after only a few months. Soon afterwards he receives a mysterious photograph with himself in it in an envelope and 1,400 liras in his bank account from a non-existent source. He keeps on receiving these two items every month until he receives a different picture and he realizes that he has to eliminate the person in the image. He also discovers that none of his previous acquaintances seem to recognize him.