Q&A with the winners of Islamicate Short Story Contest 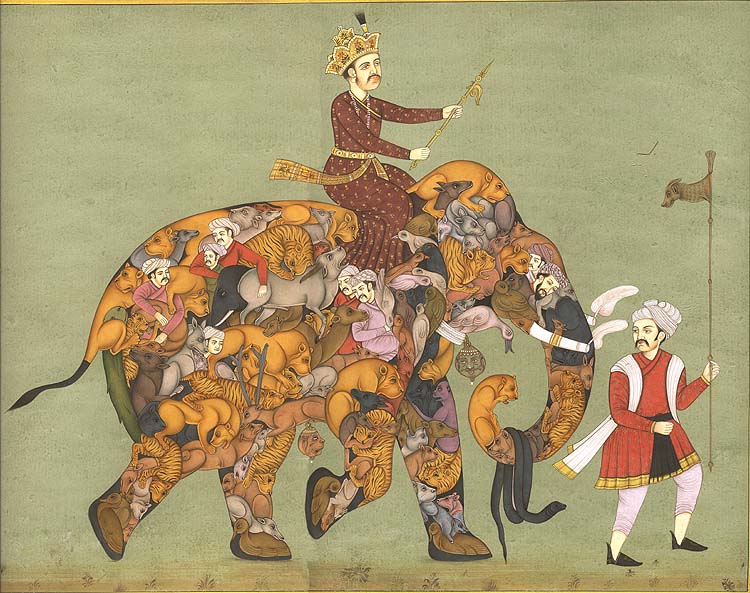 Now that the competition is over and the anthology is also out, I figured it would be great if we could ask the winners what was inspiration behind the stories and what new and exciting projects that they are working on. Here are mini-interviews with the winners and their thoughtful responses

M. Aurangzeb Ahmad: What was your main inspiration behind this story?
Alex Kreis: I’ve always been interested in alternate models of computation. Somehow I stumbled on the theory of Wang Tiles, an abstract model of geometric squares with colored sides, which can be a Turing-complete computer given the right combinations of squares and colors. The question of whether a given tiling set can cover the plane infinitely is reducible to the Halting Problem. I read up on this, then started to connect it to tiling art — what would the great medieval Islamic tilemakers have made of such a problem? This collided in my head with the idea of an escalating fight between two rivals, with the Wang Tiles the ultimate move. Only after I started writing did I find that, in fact, Islamic tilemakers actually had discovered/invented infinitely non-repeating patterns!

The original title of the piece was actually “Tiling the Plain,” which my more math-inclined critiquers thought was too punny.

M. Aurangzeb Ahmad: What other projects are you currently working on?
Alex Kreis: I’m working on a Buddhism-inspired story involving very bad planning and enlightenment.

I’m also plotting a far future space opera set in a time after the Mahdi (at least according to some) has come and then been killed, and the political and religious aftermath.

M. Aurangzeb Ahmad: Any thoughts on representing diversity of cultures in Science Fiction?
Alex Kreis: I think one of the most valuable functions that any fiction can serve is as a vehicle for empathy. Empathy first for anyone outside your own head, but eventually for people who are different than you, even people whom you fear or hate. This can’t happen without (honest, empathic, and realistic) representation of many cultures and kinds of people.

In many ways, SF has this easier, because it can represent the strange, “other” in a way that isn’t tied to an explicit conflict today, but can draw on the same themes and maybe make the same points. This has been true all along, from classic Trek’s (hardly subtle) half-white/half-black vs half-black/half-white to the Earth/Mars/Belter conflict in The Expanse.

More prosaically, diversity can be a great source for creativity and interesting world building. We’ve all read a thousand books set in a future that looks just like white corporate America in 1990. SF is supposed to be about new ideas, uncharted territory, and open mindedness. Why wouldn’t you want to read, and write, stories with as rich a set of different, surprising, intriguing, or unusual elements as you can?

M. Aurangzeb Ahmad: What was your main inspiration behind this story?
R. F. Dunhan: The inspiration for this story goes back to the time I spent in Pakistan. While there, I was greatly impressed by the reverence for Allah that I saw in my Muslim friends. They would rarely say anything without adding the phrase, “Insha’Allah,” to the end. And it always felt entirely sincere, never forced or tacked on.

That experience implanted in me a deep admiration of the respect Muslims have for Allah and his sovereignty. Then I began to wonder how Islamic culture would be affected if something undermined that respect. Since I write speculative fiction, it was a short jump from there to an algorithm that predicts the future and the rest of the story sprang up from there.

M. Aurangzeb Ahmad: What other projects are you currently working on?
R. F. Dunhan: Quite a few! I recently published my first novel, The Other Side of Hope. It’s an alternate history in which the overall roles of Islam and Christianity are reversed. I’m working on two other stories that I’m sending out to my email list one chapter a time, as I write them. One is the story of the Battle of Tours (or the Battle of the Palace Martyrs) as it happened in the alternate history world of The Other Side of Hope. The other is a fantasy adventure set in a land of clashing cultures and ancient mysteries. You can read a little more about both stories and subscribe to receive them for free at my website.

M. Aurangzeb Ahmad: Any thoughts on representing diversity of cultures in Science Fiction?
R. F. Dunhan: I’ve always seen fiction as a tool for teaching. It can teach theology, philosophy, or anything else you want to use it for. I like to use it to teach understanding of different cultures. Even though, as a white American male, I don’t exactly represent diversity myself, I like to bring diversity into my stories by branching out into other cultures and inviting my readers to join me there. Science Fiction is an excellent medium for this approach to writing because the readers are already expecting something unfamiliar, something outside of their normal experience. I find cultures other than my own to be a great place to go for ideas and characters that help me create a realistic world for my readers. While helping them learn a bit about people they may not otherwise know anything about at the same time.

M. Aurangzeb Ahmad: What was your main inspiration behind this story?
Sami Ahmad Khan: The question that fascinates me the most is ‘what if’. I believe in conducting thought experiments, and for this short-story I tried to fuse geo-politics, time-travel and religion. It’s a good start to assume a little part of the larger galactic machinery somewhere has changed, just a wee bit, and then chronicle how those tiny modifications reverberate across space and time to reach us. The inspiration, as such, was to manifest and reflect on the acrimonious, gun-toting South Asia of today vis-à-vis bitter neighbours, and extrapolate how/if contemporary nation-states might have been different if the leaders who were at the political helm during such independence(s) had lived for another decade.  However, this is simultaneously a war-story and an anti-war text: I intentionally left the story open-ended, and gave the reader the scope for multiple interpretations, perhaps even conflicting ones, for this way the reader can decide and interpret for himself or herself what he or she reads into the future (or the past) of South Asia.

M. Aurangzeb Ahmad: What other projects are you currently working on?
Sami Ahmad Khan:Aliens in Delhi, my second novel, would soon be out. My first novel (Red Jihad) was a military thriller – so I took a few major characters from Red Jihad and spliced them within a wholly different genre (Science Fiction) to locate the said changes in their behavioural patterns, if any. This novel, I confess, is primarily driven by a missionary zeal for a genre (SF) that I love so much, and yearn to read more (especially from desi writers). Perhaps which is why Aliens in Delhi manifests how the Indian state and citizens respond to a hostile extra-terrestrial invasion of New Delhi.

M. Aurangzeb Ahmad: Any thoughts on representing diversity of cultures in Science Fiction?
Sami Ahmad Khan:SF, as a genre, or I should say ‘mode’, doesn’t belong to one people, culture, language or nation: it belongs to all of humanity. It bridges the gap between the past, the present and the future; between faith and empiricism, logic and emotion, the normative and the descriptive. It provides heterogeneous societies grappling with quasi-antagonistic conflicts of class, caste, language, religion and gender with what they need – comfort with a plurality of voices. The visions espoused in SF, both utopian and dystopian, if not overtly reflecting a respect for conflicting viewpoints, at least represent the possibility of the simultaneous existence of antithetical visions, thereby countering fundamentalism and parochialism. Utopian visions lead us to act for a brave new world; dystopian ones make us think twice before indulging our violent, secessionist instincts. SF thus emerges as an effective vehicle of social criticism and political reconstruction – and the way SF, with all its diverse characters, genders, politics, and people, is deployed by writers across cultures, seeks to unites us all in a sutra of shared togetherness and common hope, aspirations, dreams and fears, rather than ripping us apart into hostile, warring ethnicities, nations, creeds, religions and political camps.