Peace Through Art. Pipe Dream or the Way Forward? 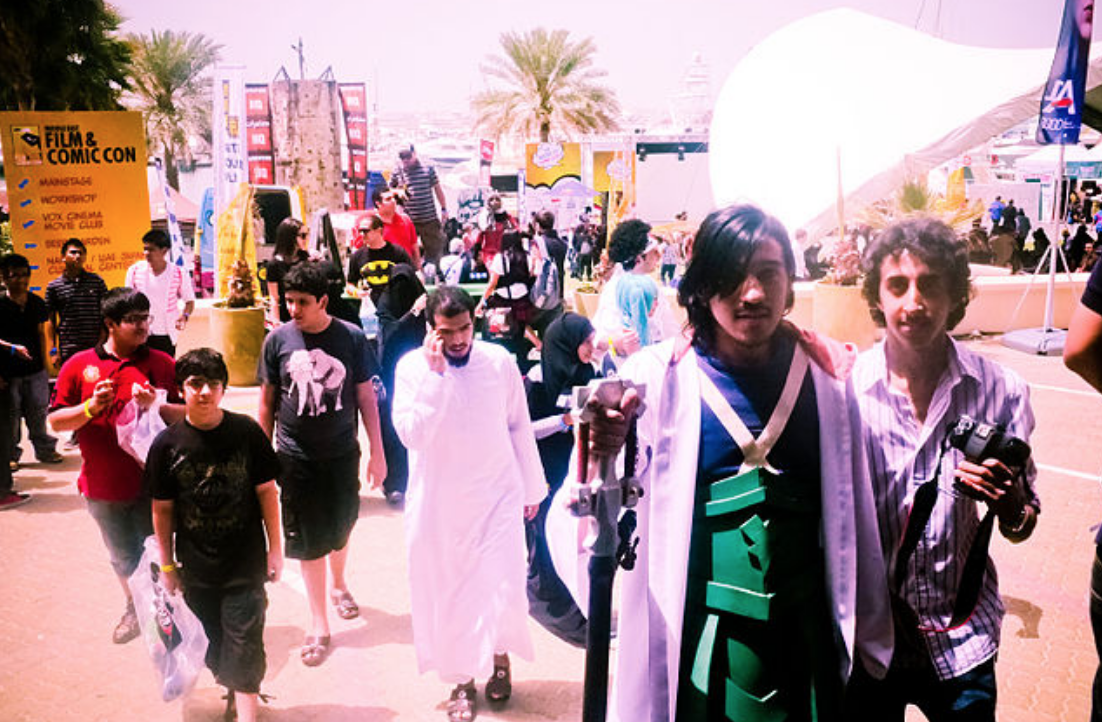 Since the New Year just arrived, I thought I take a moment to pray for a peaceful 2017. I also hope to back that prayer up with sound actions. But for that to happen I need you to be on the same page. So follow along as I think aloud.

Art. Is it an agent for peace? If so how pragmatic is it? Let me weigh in with my verdict. Art is indeed a potent peacemaker. It makes people feel what you are feeling. This sense of empathy can bridge hearts like no other human endeavor. Consider the following…

Geek culture is alive and well in the Middle-East. Arab teens dress up as their favorite comic book characters similar to their American counterparts.

PRO TIP #1: ISF readers may be interested in learning how Aurangzeb and I hooked up online. It was thanks to NYC ComicCon 2013. Long live the cons!

Thanks to a loving audience, Will Smith was in Dubai promoting one of his films. He spoke on the US elections and how Islamophobia was being used to garner votes. He went on to say how Americans are missing out on a great culture and people. And that there is a bright side. We need to think in terms of marriage counseling.  All parties have put their truths on the table we know what’s what so now let’s find common ground and transmute the hate into love.

This notion was furthered by none other than Captain Kirk (Chris Pine). While at a Dubai press conference for Star Trek Beyond, he extolled the virtues of art. It is a universal language that any human heart can absorb.

And just in case you think these are just some celebrity hippies, who have a poor understanding of world politics and ground realities do consider that a prominent DC think tank admitted that the current security apparatus has been demonstratively incompetent in bringing about peace and  security. They are in dire straits and have turned to Desi artists for help!

So there you have it my friend. I have submitted my evidence in the court of public opinion. I vote in favor of Art as an agent for peace. What is your take? Did the hippies already try this and were unable to prevent any wars? Or are you excited by new age media which is potent enough to bring down regimes? Let us know in the comments! And above all else have a happy and peaceful new year. Ameen.