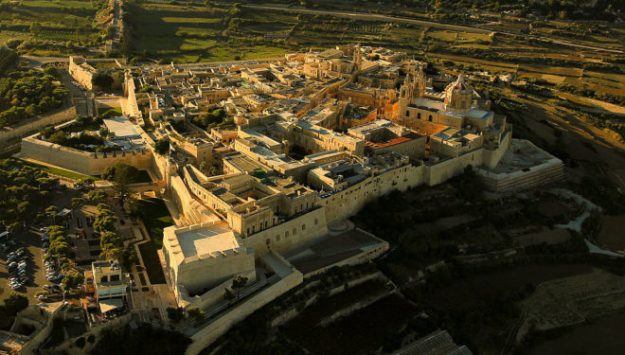 While there is no such thing as Magic in Islam, through out history people from Muslim cultures have esoteric things which have been described as magic by outsiders. (Muslim scholars universally consider Magic to be haram (Forbidden) in Islam.) In the medieval era Muslims in Europe were sometimes accused of practicing Magic because their practices were wrongly interpreted. In any case, the presence of Muslim “Magic” would be an interesting mix to the cross genre narratives that lie at the border of Sci-Fi and Fantasy. Imagine books like Roger Zelazny’s Lord of Light. For inspiration, here is an interesting except from an interview on Muslim “Magic” at the Thinker’s Garden.

The Custodian: Who was Sellem? What do we know so far about his personal history and education?

Professor Dionisius Agius: Sellem bin al-Sheikh Mansur was a Muslim astrologer from Cairo who was captured by the Knights of St John, based in Malta. His father, Al-Sheikh Mansur, was an astrologer in Cairo. Sellem spent some time as a galley slave rowing on the Order of St John’s ships, but by 1605 he was no longer able to do this. As the result of an accident, his legs were injured and he was only able to walk with crutches. In 1605, he was living in the slaves’ prison in Valletta, the new capital of Malta and seems to have made money by acting as a healer.

In the spring and summer of 1605, several Maltese Christians denounced Sellem to the Inquisition for practising magic. The Inquisition was responsible for policing matters of religious deviance among Christians, including magic and “superstition”. Sellem, a Muslim, came to their attention because he was deemed to be leading Christians astray. Many of the denunciations were made by ordinary people who claimed that Sellem had performed magic for them to solve everyday problems: Giuseppe Martelli asked Sellem for love magic after his fiancée refused to marry him, while Marco Mangion had approached Sellem for medicine when he was ill and thought he had been bewitched. But Sellem was also accused of other, more unusual and learned types of magic.

The architect Vittorio Cassar, a Knight of Malta, claimed that Sellem taught him a form of divination called geomancy, which involved drawing dots in random patterns to answer questions about the future (in Arabic called khatt-er-raml). Cassar also gave the Inquisitors the geomancy treatises that he claimed to have written under Sellem’s direction, and we can see that Sellem who possessed one wrote his name on them in Arabic. This is now being studied by Dr Liana Saif. Furthermore, Cassar claimed that Sellem had offered to teach him a form of magic called reuchania (Arabic ruhaniyya) which involved the calling up of demons. Later witnesses went further and said Sellem had called up demons for them, reciting incantations from a magic book.

The trial document, now preserved in the Cathedral Archives in Mdina, Malta includes detailed testimony from these witnesses and Sellem’s replies to their accusations. Dr Alex Mallett [another member of the research team] is transcribing, translating the trial, and writing an extensive commentary. In doing so, it gives us a great deal of information about magic and everyday life in seventeenth-century Malta. Sellem admitted to practising healing and love magic for some clients, although he said that he did not really know about magic and his spells were “jokes” or fakes, which he made up to earn money from gullible Christians. He also admitted to teaching Cassar geomancy, and told the Inquisition that he had learned astrology from his father in Cairo. However, he repeatedly denied knowing anything about how to call up demons and said he had never owned a magical book. Even when the Inquisition put him face to face with his accusers and used torture, he denied these more serious and demonic forms of magic.

The full interview is available here.