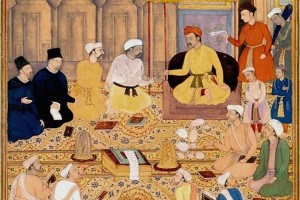 Twas a good season for Alternative History; the literary world and the pop culture is now abound with tales of alternate history. Most of these are however Eurocentric or focused on the West. That said, this should not be that surprising as this genre rose in the West. Examples of alt-history set in non-Western settings have been increasing over the last few years. With that I introduce our readers to an example of Alternate history art which is quite rare since Alt history usually focuses on the written word. Readers may be familiar with Mughal Indian miniature (see above) art, now imagine a world where the Mughal Empire did not fall and instead expanded and colonized the Northwest. Thus I give you Mughals in Seattle. 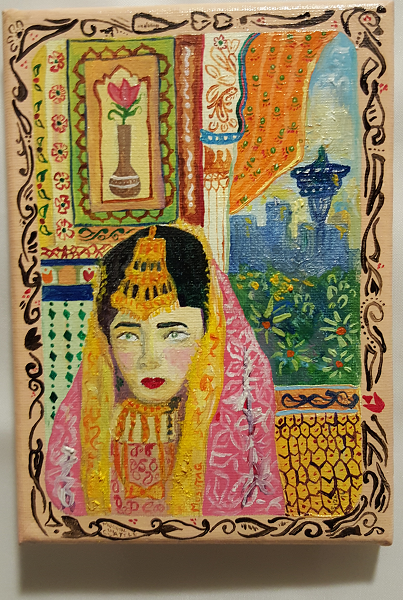 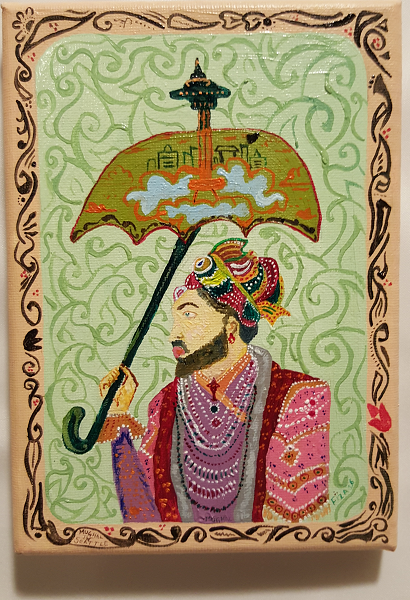 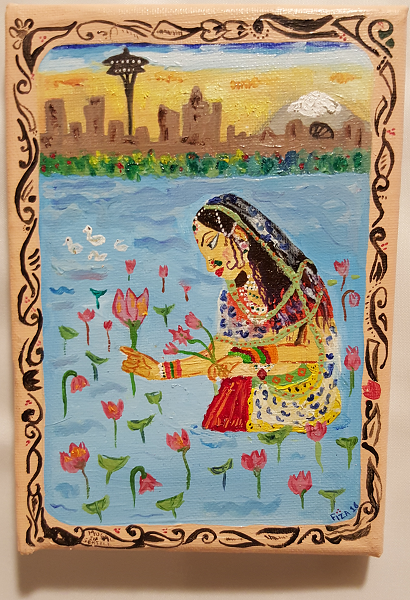 I should add the disclaimer that this lovely artwork was done by my wife, Fiza Ahmad, and is currently on display at the MIVAL (Mercer Island Visual Arts League) Gallery. Apparently in this alternate world this still have a version of the Space Needle. The artwork shows motifs from traditional Mughal paintings in the Seattle setting. Thus the lotus flower is replaced with Tulips, Mount Rainier is visible in the skyline and the Mughal royal pomposity is visible in each of the paintings.

For the folks who are in Seattle or King County you can still go and see the exhibition at MIVAL  Gallery on Mercer Island here, from now until April 30, 2016: