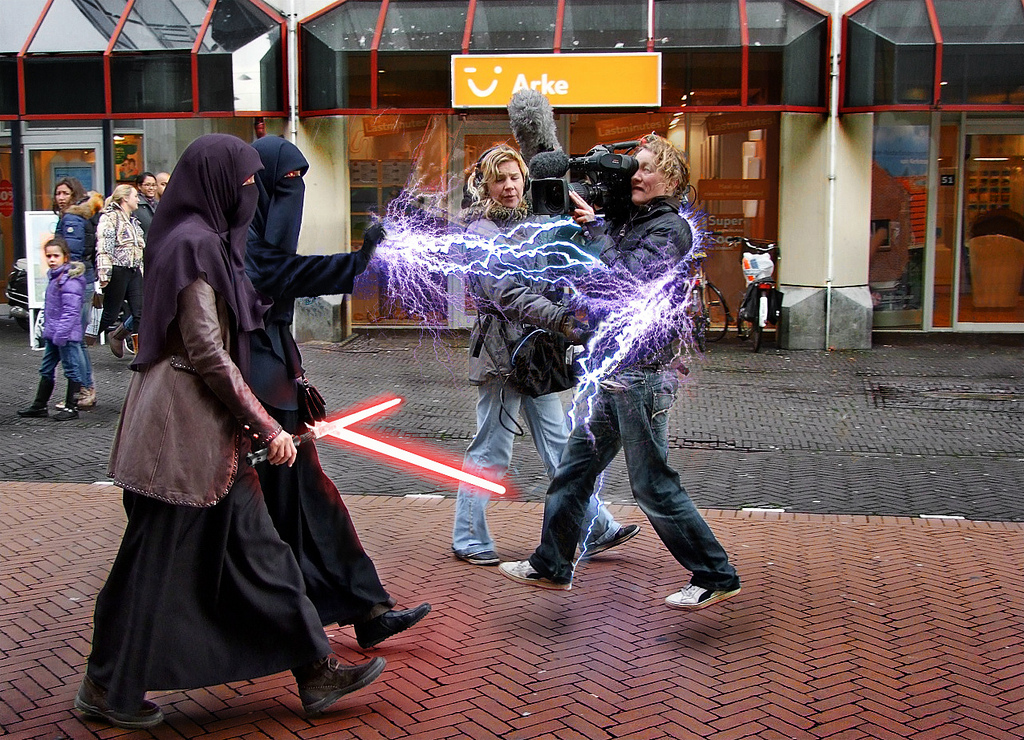 With Star Wars back in the news, there are bound to be comparison with who the good guys and the bad guys in the Star Wars universe and how they map to the real world. Mustafa Chamli has an excellent take and rebuttal on Star Wars and comparisons being made with Muslims in certain quarters especially certain dubious claims are being made with Islam and Terrorism, and the dark side.

While I had managed to avoid most of them (because, let’s be honest: they rarely ever matter), there was one that popped in my feed that I couldn’t help but read. In “The Radicalisation of Luke Skywalker: A Jedi’s Path to Jihad”, anonymous author ComfortablySmug echoes the multiple articles which argue that the Empire are the good guys, and that the Rebel Alliance are the baddies. Except this time, the argument is that the Jedi aren’t just terrorists: They’re Islamic Terrorists™!

Here is how Mustafa dismantles the false comparisons with Islamic theology and terrorism.

Jedis are Jihadis by definition, because they have to fight that temptation to give in to their baser capabilities. Their falling to the dark side is the definition of “losing” the Jihad. But, since the struggle is constant, a Jedi can make their way back to the light. Just like Anakin Skywalker did at the end of Return of the Jedi.

And, yes, there is a physical element to the Jihad. Because we are told multiple times to fight those who oppress (see the earlier passage shared). We have a duty to defend not only Muslims, but also non-Muslims who are under attack. That’s what Kurds have been doing in Rojava since DAESH made their appearance in the middle east. And they have been doing this while also fighting invading forces from all sides.

The full article is available on the Medium at this link.