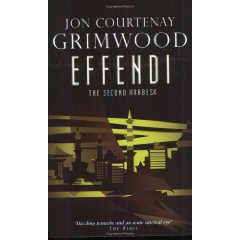 Effendi: The Second Arabesk is the sequel to Pasahazade. Ashraf Bey is still wanted by the American government, he may possibly be the son of the Emir of Tunis. Alexandrai begins to fall apart and his ex-finance’s father is accused of mass-murder. The United States, France and Germany still try to dominate the Middle East.