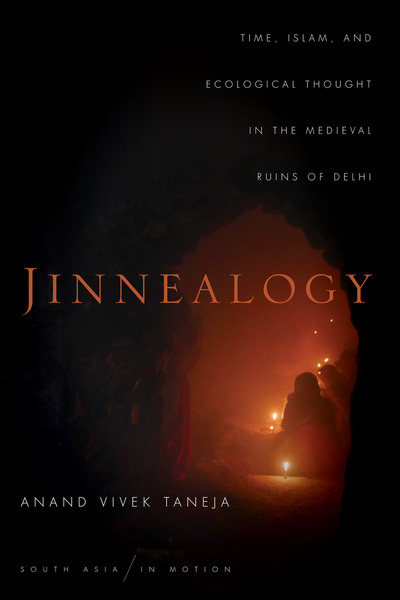 While not exactly Science Fiction, this book by Anand Taneja would be of interest to the audience of Islam and Science Fiction. Jinns are supernatural creatures in Islamic beliefs that have sentience and free-will like human beings. Professor Taneja from Vanderbilt University explores how the living interact with the Jinns in medieval ruins in Delhi. Here is the synopsis of the book:

In the ruins of a medieval palace in Delhi, a unique phenomenon occurs: Indians of all castes and creeds meet to socialize and ask the spirits for help. The spirits they entreat are Islamic jinns, and they write out requests as if petitioning the state. At a time when a Hindu right wing government in India is committed to normalizing a view of the past that paints Muslims as oppressors, Anand Vivek Taneja’s Jinnealogy provides a fresh vision of religion, identity, and sacrality that runs counter to state-sanctioned history.

The ruin, Firoz Shah Kotla, is an unusually democratic religious space, characterized by freewheeling theological conversations, DIY rituals, and the sanctification of animals. Taneja observes the visitors, who come mainly from the Muslim and Dalit neighborhoods of Delhi, and uses their conversations and letters to the jinns as an archive of voices so often silenced. He finds that their veneration of the jinns recalls pre-modern religious traditions in which spiritual experience was inextricably tied to ecological surroundings. In this enchanted space, Taneja encounters a form of popular Islam that is not a relic of bygone days, but a vibrant form of resistance to state repression and post-colonial visions of India.