Islam and Sci-Fi in the Nation 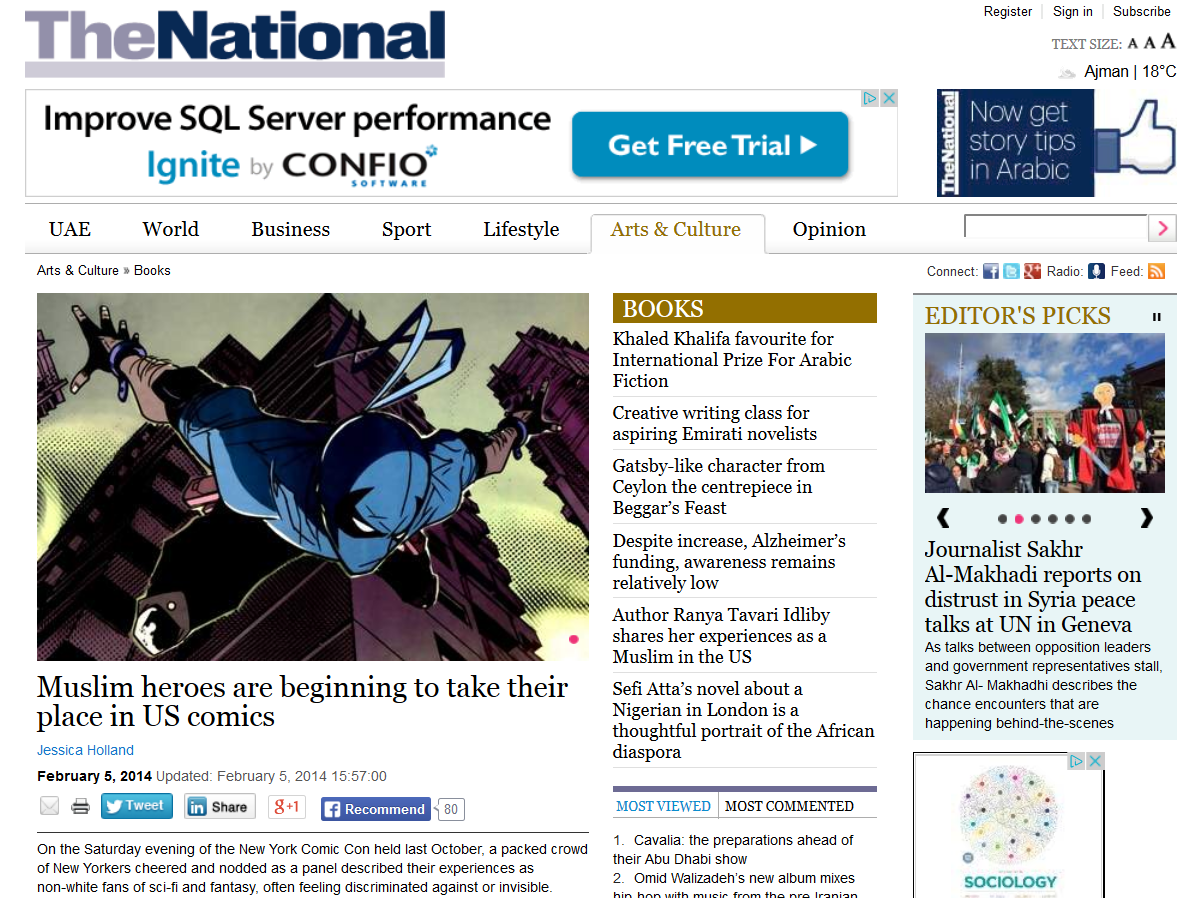 The Nation Newspaper from UAE has a story on the recent surge in the  portrayal of Muslims in Comics and Science Fiction and also increase in the number of Muslim characterss who have non-marginal positive roles in the Comics Media.

Among those contributing to the panel, titled Geeks of Color Assemble!, was a Pakistani-born, Minnesota-based computer scientist called Muhammad Aurangzeb Ahmad, who runs a blog called Islam and Science Fiction. He painted a mixed picture of the way that Arabs and Muslims are portrayed in mainstream geek culture: on one hand, he says, they are still “the quintessential ‘other’” and often presented in opposition with the West; on the other, writers have become much more sensitive in the past decade and there has been a recent flowering of Muslim superheroes in American comics.