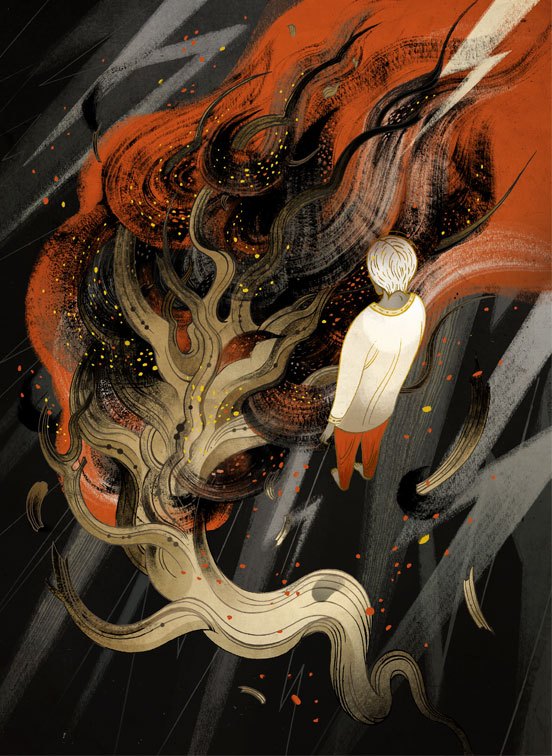 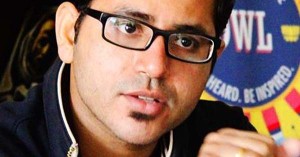 Usman T. Malik is a personal friend who is also an award-winning speculative fiction author. He is also from Lahore, Pakistan. He is the first Muslim and Pakistani to win the Bram Stoker Award for Short Fiction and was the finalist for the Nebula Award twice in a row. His work has been published in The Apex Book of World SF, Nightmare, Strange Horizons, Black Static and in many anthologies.

M A Ahmad: How did you get interested in Science Fiction?
Usman Malik: I have been reading imaginative fiction since I was a kid. In Pakistan we read the great epics of Iran, Arabia, and India translated into Urdu (Amir Hamza, Amar Ayyar, Rustam and Sohrab, Hatim Tai et al) and well they are all fantastic tales. I remember reading and loving Bachon Ki Dunya, a kiddy digest devoted to stories of magic and mystery, much more than Taalim-o-tarbiyyat, which published moral allegories, many of which could be almost shallow or biased in favor of a particular religion.

Science Fiction, as we understand it now, with elements of real science was nonexistent in Urdu when I was growing up, or if anyone was writing good SF, I never read it. My exposure to it came from my reading in English. Christopher Pike was the first YA writer who made my head spin with some of his stories about time travelers and causality paradoxes. I remember being dazzled by Choose Your Own Adventure books that used Quantum Mechanics or time travel or space travel for their McGuffins. Ray Bradbury came much later, as did Asimov. However the bulk of my reading was in horror with some fantasy rather than SFF. You could say I’m not a truFan that way, whatever that might mean.

M A Ahmad: How and when did you decide to write Science Fiction?
Usman Malik: I consider myself a Horror writer primarily. Dark Fiction is my homeground, so in that way I’m not really an SF writer. That said, even at eighteen my few attempts at writing horror always had an element of imagination to them that I knew was a bit different from generic or pulp horror stories and novels that I devoured in my teens. When I was 20, I wrote a dark fantasy novella called “The Well That Never Ended” that was published in a non-paying market named Deep Magic. Upon my recent reading of it I found that I didn’t really hate it that much, after all. It was amateur work, but there were some good moments in it. So, as you can see, even then I was writing some Fantastic Fiction, even if not actual Science Fiction.

I first tried my hand at writing SF when I went to the Clarion West Writers Workshop. I wanted to try my hand at something that I had never done before. The story that was the result of such rumination was “The Vaporization Enthalpy of a Peculiar Pakistani Family”, which some might still say is not SF but uses some tropes of SF to do social commentary. Which isn’t a conclusion I would necessarily dismiss.

M A Ahmad: What/who are the major influences in your work?
Usman Malik: Ted Chiang, Kelly Link, Naiyer Masud, Stephen King, Clive Barker, Rumi, Ibn Arabi, Iqbal, Faiz Ahmed Faiz, Ghalib, Saadat Hassan Manto, Mumtaz Mufti, Flannery O’Connor, Joyce Carol Oates, Philip Roth, Peter Straub. There are so many. I am rooted in traditions of subcontinental realism and metaphysics as well as Horror as genre. It all creates a whirlpool that draws me in.

M A Ahmad: Who do you think are the best contemporary Science Fiction authors?
Usman Malik: I will include all branches of speculative literature under the umbrella term SF here. For me, Ted Chiang will lead that list. Kai Ashante Wilson, Carmen Machado, Sofia Samatar, Kelly Link, Nathan Ballingrud, Alyssa Wong, Tamsyn Muir, Karen Russell, Annette Binder, Alice Sola Kim — there are so many. I usually urge people to pick up the Year’s Best anthologies by Jonathan Strahan, Gardner Dozois, Ellen Datlow, and Paula Guran. Now John Joseph Adams and Neil Clarke are also editing two Year’s Best anthos and they’re all diverse, interesting, and contemporary. They showcase the range of the field quite well.

M A Ahmad: What were your main influences in writing “The Vaporization Enthalpy of a Peculiar Pakistani Family”?
Usman Malik: For a long time I’ve been thinking about the consequences of predator drones’ use in warfare. There’s a great book by Shazad Bashir called “Under the Drones” that investigates real people on the ground in the borderland between Pakistan and Afghanistan; innocent bystanders, mothers, children–all of whom live in fear of this metal god raining fire on them anytime it pleases. How people adapt and change accordingly. Violence upon violence.

In 2013 I went to the Clarion West Writers Workshop. Before attending it, I’d never attempted writing a story that employed science of any sort. I wanted to write something interesting and meaningful in my first SF attempt . En route to Seattle, a strange idea occurred to me: When you apply heat, bonds of all kind melt. The parallel between bonds of matter and the bonds that break when your family member becomes a statistic that fills someone’s collateral damage box immediately seemed potent.

“The Vaporization Enthalpy of a Peculiar Pakistani Family” was the result.

M A Ahmad: What advice would you give aspiring writers who are interested in breaking into the speculative fiction scene?
Usman Malik: Read. Learn to read analytically. Read in every genre and language accessible to you. The writing will follow if you have something interesting to say. Try to recognize what sort of writer you’d like to become.

M A Ahmad: What current and future projects do you have on your plate?
I’m working on two short stories at the moment. Both are dark in tone and theme.