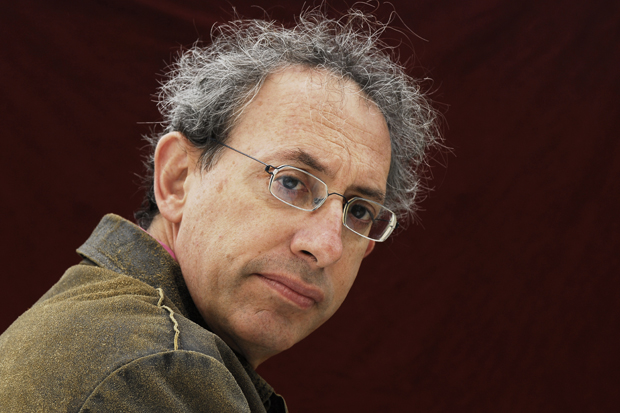 Ken Kalfus is an American author an journalist who has won numerous prestigious awards and also been nominated for many others. He was also the Guggenheim Fellow in 2009. He has written for Harper’s, The New York Review of Books, and The New York Times.  A film adaptation of his short story Pu-239 has been aired on HBO.

Islam and Sci-Fi interviewed him regarding his novel Equilateral, here is the synopsis of the novel from Amazon.

It’s the late nineteenth century, and British astronomer Sanford Thayer has won international funding for his scheme to excavate an equilateral triangle, three hundred miles to a side, from the remote wastes of Egypt’s Western Desert. Nine hundred thousand Arab fellahin have been put to work on the project, even though they can’t understand Thayer’s obsessive purpose. They don’t believe him when he says his perfect triangle will be visible to the highly evolved beings who inhabit the planet Mars, signaling the existence of civilization on Earth. Political and religious dissent rumbles through the camps. There’s also a triangle of another sort―a romantic one, involving Thayer’s secretary, who’s committed to the man and his vision, and the mysterious servant girl he covets without sharing a common language. In the wind-blasted, lonely, fever-dream outpost known only as Point A, we plumb the depths of self-delusion and folly that comprise Thayer’s characteristically human enterprise.

M A Ahmad: Equilateral takes a very different take on Mars as compared to most other fiction on the planet, what were you main inspirations behind Equilateral?

Ken Kalfus: I have a deep interest in astronomy and a walk beneath a star-filled sky is, for me, a reliable source of inspiration. I’ve also followed closely the spectacular recent discoveries of exoplanets and the less fruitful search for extraterrestrial life. If there’s life beyond earth I think we’re on track to discover it in this century. Or this may be the century in which our research in the biochemical processes by which matter becomes animate allows us to understand why life beyond earth is impossible or vanishingly unlikely.

These questions surrounded my writing of the book, as did recent history and the contemporary global situation, particularly the history of relations between the First World and the Third. I was provoked into thinking, in a novelistic way, about possible relations between our solar system’s Third World and its Fourth.

M A Ahmad: It is said that the past is always about the present. In what way does Equilateral reflect questions pertinent to the present?

Ken Kalfus: We live in a world largely shaped by 19th century colonial projects, especially in the Middle East and in Egypt, where Equilateral is set. Those projects were largely organized by men who didn’t know the depths of their ignorance of the people under their sway. In some cases this was not from lack of trying, but they couldn’t escape their starting assumptions and their frames of reference. We’re still mired in ignorance about foreign people – and these are creatures of the same species with whom we share the planet.

Human beings persist in their misconceptions. By writing about a 19th century astronomer in Egypt, oblivious to misconceptions that are clear to the contemporary reader, I’ve tried to question our confidence in the 21st century frames of reference. Our misconceptions about alien life may not, of course, be our only mistakes.

M A Ahmad: When people in the West talk about the impact of discovery of life beyond Earth, they usually restrict themselves to Western reaction and even within the West a particular segment of the society. Can you share insights on how different cultures, classes etc would react to such a discovery?

One of the themes of Equilateral is the tendency for men and women to project their values on the unknown. We’ve come to expect that the discovery of extraterrestrial life will occur within the province of science and technology. These fields are dominated by Western thought and process, even if many of our most productive scientists come from the developing world.

We could be mistaken, first, in thinking that scientists will make the first contact with intelligent life. People with UFO experience believe they’ve already been in touch. It’s conceivable that aliens would reach out to religious figures. In fact both the Old Testament and the Quran, as I note in Equilateral, contain passages that have been interpreted to suggest this communication has already happened. Or perhaps extraterrestrials will announce themselves by email. Science fiction has played with many such scenarios. Check your spam folder now!

If we do make contact with intelligent extraterrestrial life, the responses of individuals and their societies will reflect their fears of the Other and their need for his or her or its companionship. Before that day comes, alien contact will be a rich source of novelistic speculation.

M A Ahmad: The plight of the Arab workers who are digging the Equilateral comes out prominently, do you think it is ironic that many foreign workers in the Arab Gulf countries have to face similar conditions?

Ken Kalfus: Yes, ironic, and tragic. The observation that we might draw from that is the universal human impulse to divide the people of the world between Us and Them. Human beings are remarkably agile in compartmentalizing each other by religion, sect, residency documentation, gender, sexual orientation, or football team orientation. The list goes on. This classification allows us to mistreat each other for our own benefit or for what we think is our survival. As I suggest in Equilateral, aliens would represent a whole new kind of Other.

M A Ahmad: What is your advice to writers who are interested in depicting foreign cultures in their fiction?

Ken Kalfus: Have fun, and remember it’s fiction, not journalism. The most important thing is to make the story work, and that takes precedence over documentary truth. Of course, if you’re setting a story in a foreign place, you probably have an interest in it, and you’ve read about it or traveled there. The more you’ve learned about the place, the more grounded the story will be and, more importantly, the more plausible it will be. The key is to insert enough local details to make it plausible, at least for the duration of the reader’s time with it. Not only have I published a novel set in Egypt, I have two books set in Russia: The Commissariat of Enlightenment and Pu-239 and Other Russan Fantasies.

M A Ahmad: What projects are you currently working on?

Ken Kalfus: I’m just starting a new book now, but I’ve just recently published my sixth, a collection, Coup de Foudre: A Novella and Stories, which will be available in paperback May 17. Your readers may be interested, there are several stories with a science fictional approach. In one, residents of a small city are granted the knowledge of the dates they will die. In another; a judge must decide all the ramifications of a nuisance lawsuit against the Large Hadron Collider. These stories were fun to write! 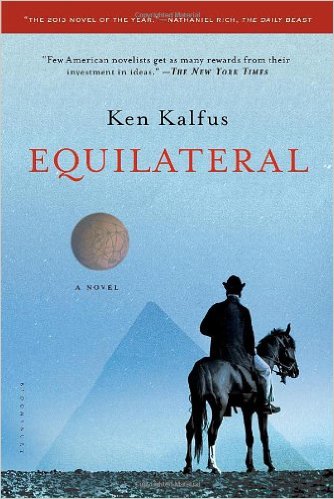