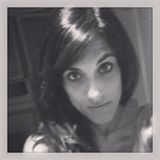 Bio: Ada Barbaro earned her Phd in Geopolitic and Culture of the Mediterranean Area from the Italian Institute of Human Studies – Naples in 2011. She worked as fellow researcher in Arabic Language and Literature at the Institute of Oriental Studies (ISO) at University of Rome “La Sapienza”. Lecturer in Translation from Arabic into Italian at UNINT (University of International Studies) in Rome, she specializes in modern and contemporary Arabic literature. She published translations from Arabic into Italian of both novels and short stories and she wrote essays on contemporary Arabic fiction. She devoted herself to the study of the most recent literary genres written in Arabic with a special attention to the science fiction production. She published her book La fantascienza nella letteratura araba (Science Fiction in Arabic Literature) in 2013 (Carocci, Roma).

M. Aurangzeb Ahmad: Other than the Arabian Nights which is relatively well known in the West, what are the antecedents of Science Fiction or proto-Science Fiction in the Arab world?

Ada Barbaro: In my book “La fantascienza nella letteratura araba” (Science fiction in Arabic literature) I devolve an entire chapter to the origins of SF in Arabic literature. As in every literary history of science fiction, we can find the seeds of this literary production, in fact, in many canonized works belonging to the Arabic tradition. If we accept that these forms of expressions are just the substrate for this kind of production, in terms of “marvellous, fantastic, utopian”, we can find proto-science fiction elements in the so-called tradition of aja’ib (mirabilia), dating back, for example, to the Persian philosopher al-Qazwini. In this production we recognize the same sense of wonder that characterizes sf in general. We can also refer, in a certain sense, to some philosophical works such as Hayy ibn Yaqzan by Ibn Tufayl or the so-called Theologus Autodidactus by Ibn al-Nafis where the idea of sf lies behind the contruction of a perfect man, who lives in a state of nature, who can overcome the nature’s laws. Also the tradition of Sirat Antarah and Sirat al-Malik al-zahir,  – and in this way I answer to the second question too – that are connected to the fable world, seems to express a tension to a fantastic world that, in a certain sense, survives also in sf.  If we want to notice a real non-Western influence in sf in Arabic, we can underline that the same sense of wonder characterizing the tradition of mirabilia is recognizable also in the so-called Kitab al-khiyal by Banu Musa. In closing, as many scholars have already done, we have to admit that, in a certain sense, all the utopias are science fiction, when the utopian world is considered as an exercise of an hypothetical sociology and political science. And the Arab tradition is full of examples of utopian works, starting from al-Madina al-fadila by al-Farabi until, asa far as the modern era in concerned, at the production by al-Manfaluti, al-Marrash, Farah Antun, etc.

M. Aurangzeb Ahmad: What kind of theme figure dominantly in Arabic Science Fiction and how have the themes changed over the course of time?
Ada Barbaro: When I decided to devote myself to the study of this particular field of research, after a full immersion in a multifaceted production, I found two keys-reading, Space and Time, and I discovered that the most explored themes in Arabic sf are the same that we can recognize also in the Western production. There is a dominant search for eternal life, the so-called theme of al-khulud, that, of course, assumes a particular nuance in a Muslim background (generally speaking, because there are writers overthly atheists) – dominated by the presence of God and a sort of Pantheism. The Arab world created different means to express this theme, such as the elixsir vitae, the hibernantion, reincarnation and so on. Of course progress has gradually changed the expression of these themes, where technological devices allowed human being to transcend the limits of space and time. In the same way the representation of another recurrent theme of Arabic sf changed, i.e. the desire of escaping from reality, the will of exploring other places when human being can live in peace.

M. Aurangzeb Ahmad: Has the Arab Spring had any impact on Science Fiction and Speculative Fiction in the Arab world?
Ada Barbaro: The Arab Spring, as every historical and political event, has undoubtedly influenced science fiction and, in general, the production of novels. But this is a change that happened also after 11th of September 2001 when a sort of taste for techno-thrillers and terroristic fiction spread in the literary world and also among the Arab writers. After the Arab spring, nowadays we can find many novels that we can insert in the frame of the dystopian novel. These works give voice to a sense of dramatic disappointment or delusion for the results of this revolutionary movement. So the dystopian novel seems to be the best way to express this sense of sadness, because it describes a world where the utopian dream of a better society nourished by the beginning of the revolts has been replaced by tragic events. In these worlds described by the Arab authors all the human fears seem really to come true.

M. Aurangzeb Ahmad: What do you foresee as the future of Science Fiction in the Arab world?
Ada Barbaro: I’m looking forward to recognize a definitive acceptance of this genre in the Arab literary production. I think that the past problems connected to the language, the themes, and the literary canon have been overcome (I hope so). There is a future for this genre in the Arab world, and many novels published in the recent years prove a sort of change, both in the sense of an interest by the academic world and the publishing houses policies and in terms of reception among the readers. We have to advocate and encourage the birth of a serious movement of translation, in order to allow the Arab sf novel to overcome the borders of the Arab countries. This movement could also be a way to destroy common stereotypes connected to the Arabs. Arab writers are ready to explore this genre, expecially because in sf a social and political value lies: it represents the most appreciated quality of Science fiction in general.

M. Aurangzeb Ahmad: What contemporary authors of Arabic Science Fiction do you recommend that people should read in order to get a better view of this genre?
Ada Barbaro: In my opinion people should read authors like Noura al-Numan (her novels are about sf), Ahmad Khalid Tawfq (even if his best known novel is a dystopia), Basma Abdel Aziz, even if her novel “The Queue” represents a dystopian and surrealist fiction.