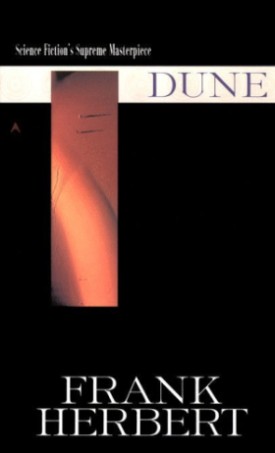 Yes, the foremost work in Science Fiction written by Frank Herbert was inspired by the Bedouin and other cultures of the Middle East. Hence the Freeman culture is similar to the Bedoin Arab culture. Even the main religion in Dune seems to be inspired from Islam. The religion has the concepts of Hajj and Jihad (e.g., The Bulterian Jihad against sentient machines) which are clearly derived from Islam. The character of Paul Atreites is inspired from desert prophets like Moses, Jesus, Muhammad (pbut) etc. Paul’s character is a prophet who is also a warrior, he leads a desert society to military victory and lays the foundations of a new empire. Does it ring any bells? The story has many parallel to the life of Prophet Muhammad (pbuh). The religion of Zensunni seems to be an amalgamation of Zen Buddhism and Sunni Islam. Khalid M. Baheyeldin has a pretty interesting article on Arab and Islamic references in his article Arabic and Islamic themes in Frank Herbert’s “Dune”. Here is an excerpt.

Those who are familiar with Frank Herbert’s famous novel Dune know that he took his analogy from the oil of the Middle East, and that the novel is symbolic about the dependence of the West on the oil, and the power struggles to control this valuable resource. … What is not well known are the various Islamic undertones, and Arabic etymologies that Frank Herbert put in Dune. The purpose of this article is to try to list these themes, and trace them back to whatever Islamic concept there is (if any). …. I try to explain what the term means in Herbert’s novel, and what possible Arabic or Islamic terms it was derived from, and their original meaning.

FIQH Knowledge, religious law; one of the half-legendary origins of the Zensunni Wanderers’ religion. The term is a purely Islamic one. It originated from “understanding”.

SHARIA That part of the panoplia propheticus which sets forth the superstitious ritual. In Islam, this refers to religious laws.

You can check out the full article at Khalid Baheyeldin’s website by following this link: Full Article