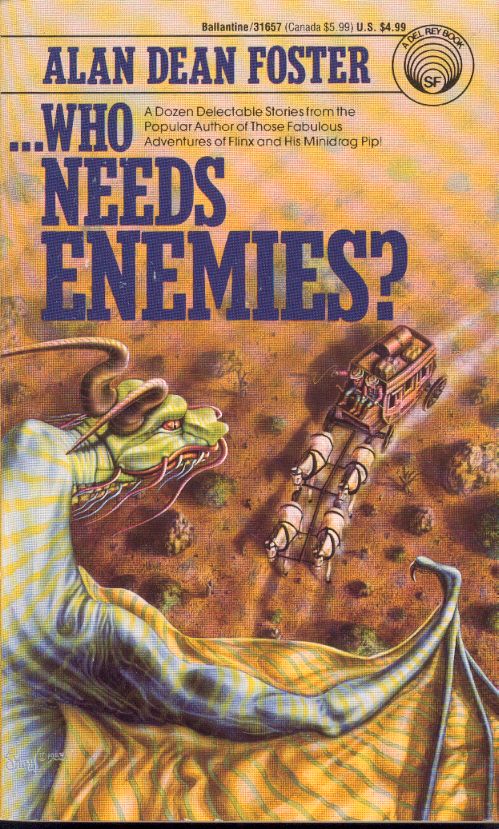 Here is Arabic translation of the short story Bystander by Alan Foster translated by none other than the Arab Science Fiction author Nora Al-Nouman of the Ajwan fame. The story was published as part of a collection of short stories by Alan Foster titled … Who Needs Enemies. Here is the premise of the story from the official book cover.

Bystander (1978) Chapman was dispatched as sole crew on the rescue ship sent to evacuate the Abraxis colony to escape its flare-prone star. He’s just a backup to the tertiary backups, so when the ship awakens him early, he is himself in mortal peril. As if the upcoming freak flare weren’t enough, a mysterious Dhabian spacecraft is pacing his ship – those aliens who ordinarily refuse to have anything to do with humanity.

2014-10-29
Previous Post: Spiritis and Apparitions in the Muslim Imagination
Next Post: New Contributor at Islam and Science Fiction