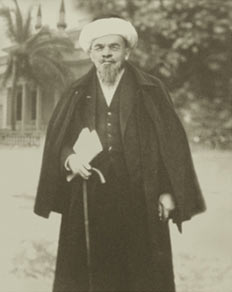 More often than not alternative history almost exclusively focuses on politics and wars. Thus it is refreshing to see someone focusing on biography and art. Thus I give you the life of the wandering sufi Al-Hajj Vladimir Lenin as imagined by the Russian artist Rinat Voligamsi from Ufa, Bashkiria.In this version of history Lenin gets tired of politics converts to Islam and becomes a sufi. He is an excerpt from the People’s Cube which elaborates it in more detail:

The artist imagines the leader of the world revolution didn’t die in 1924, but abandoned politics and started living as a good Muslim because his relatives were of Bashkir origin. Then “renovated Lenin” begins associating with his fictitious twin-brother Sergey and goes on Hajj to Mecca and even writes a work entitled “Islam as the last hope of revolution”.

“I imagine Lenin as an ordinary villager sitting near his peasant’s house and smoking tobacco he grew with his own hands in the garden or married to three women or going to Mecca late in life because I think that every atheist has his way to God and Lenin could have found this path,” the artist says.

The author’s fantasy goes on: Lenin is hiding away in Latin America during World War II where he consults Castro and Trotsky on various questions and he spends the last days of his life with his family in Zurich, where they have an antiques boutique.

The artist realized his unusual project in 2005 when he made 21 photo collages. He used hundreds of authentic old pictures in his work and turned them to “real fantasy” with Photoshop. 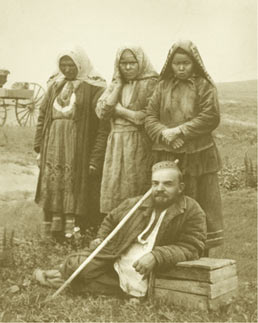 Lenin with his three wives on the way to Ufa, 1899

Vladimir Lenin with his final manuscript, Islam as the Last Hope of the Revolution. Baghdad, 1946 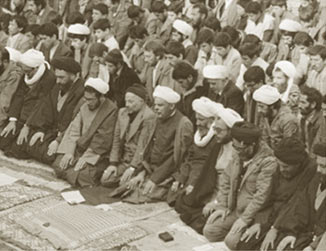 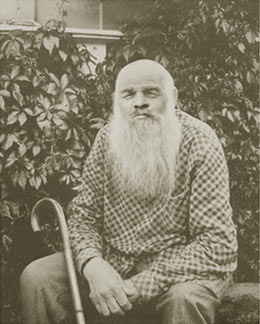 2016-05-20
Previous Post: The Windup Girl & Some Thoughts on Malaysia
Next Post: Islam and Sci-Fi Interview of Valeria Vitale