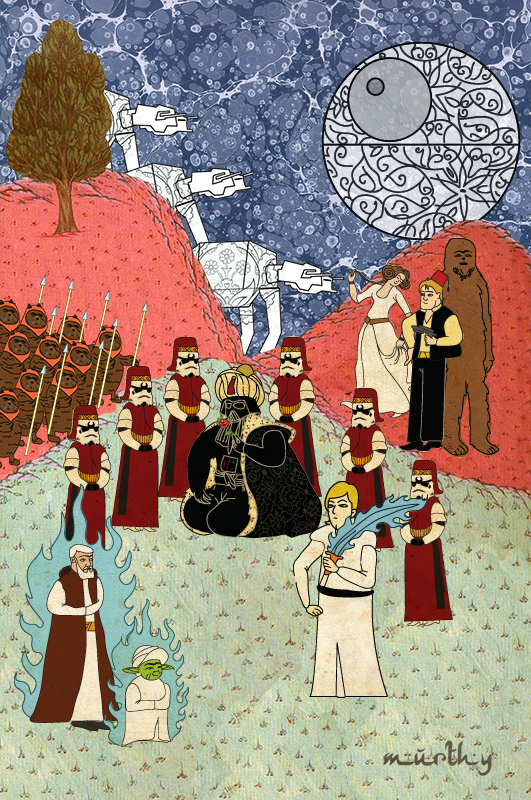 Starting today and until next Friday I will be doing a series of daily posts on Turkish Science Fiction. This will include serious works of science fiction to not so series science fiction cult movies from Turkey from the 1980s. As Turkey’s profile has risen in the world so has the quality of Science Fiction in the world. Also I would like to acknowledge my Turkish friends and acquaintances for introducing me to the world of Turkish sci-fi and for most of the references for the posts for the next 7 days. The posts will range from serious and critically acclaimed Science Fiction by Levent Şenyürek, to Murat Palta’s miniatures, to goofy Space Balls like Sci-Fi Comedy to the classic rip-off comical movies like Dünyayı Kurtaran Adam. This also illustrates that Turkish sci-fi has come a long way in the span of 3 decades. Book like Baska Dunyalar Mumkun have acclaim in the wider literary community in Turkey as well. Bariș Müstecaplioğlu’s Land of Berg also deserves a special mention.