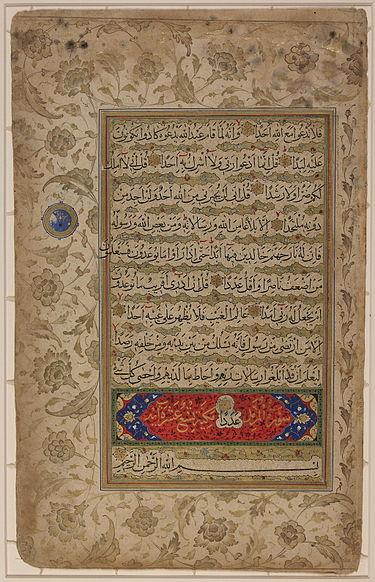 Last month we talked about what makes a good Sci-Fi story. Today we are going to talk about what to write about. At IslamSciFi we obviously want to see more Islamic SF. So where can we get our inspiration? Well if you subscribe to the blog’s twitter account you will see posts that do just that, behold: 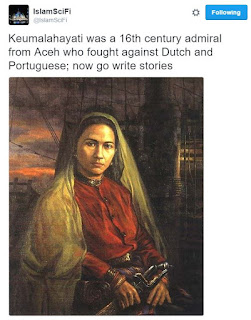 Notice how we can take inspiration from Islamic History? For the past 1400 years, Islamic Civilization has produced some intriguing individuals. Everyone from warriors, saints, poets, lovers you name it we have it. And the political intrigue that they have been involved in is worthy of any Game of Throne episode. That’s why I am so excited by the book Lost Islamic History by Firas Alkhateeb. A non-partisan look at how Islamic Civilization grew from the Prophet’s (PBUH) time. Up to and including the present day. It is a fascinating read and helps put perspective on current events.

But the artist in you can take things further. Dr. Naif Mutawa has done just that. Take a look at the origin story for The 99. Notice how it revolves around Hulagu Khan sacking Baghdad? Needless to say, this was a pivotal moment in Islamic History. Likewise, I would love to see the following events extrapolated upon. What kind of stories can you come up with?

1. Islam spread to sub-Saharan Africa thanks to indigenous guides. They lead traders and scholars through the harsh desert. This reminds me of the Fremen from the Dune stories. Can you come up with a similar story using Saharan guides?

2. If Islam Spread beyond Spain and entered France, what would be the impact? Remember France is considered to be the cultural center of European life. It was a real possibility that Europe would have become Muslim, due to French influence. In a parallel world, this could have happened what would life be like in Muslim Europe? What would be the impact on world events?

3. Muslims were also captured at the height of the slave trade. But they had an advantage. They knew Arabic, a language that their captors couldn’t read or write. So It gave them the means to discretely communicate with each other. This resulted in 300 slaves revolting in the state of Bahia, Brazil. But alas they did not succeed. What would it be like if they were successful? Could their rebellion spread to the American colonies? Would there have been a need for a Civil War if there were no Slaves in the United States?

4. Zheng He, a Chinese admiral who commanded ships much larger than Colombus ever had, was able to reach India. What’s more, he belonged to the Hui people, a Chinese ethnic group that adheres to the Muslim faith. What would a space faring Zheng He look like?

5. European Imperialism once dominated the world. Of note is the East India Company. What if they never left? What if the people of India never gained their independence? What would this world look like? How different would it be from ours?

6. Pakistan was a nation formed on the basis of Islam. People of different ethnicities banned together to form one nation. In an age where space colonies are within practical reach, what would a colony populated by Muslim refugees look like?

7. Mansa Musa, the richest man in history had a disruptive effect on local economies. He flooded towns and villages with gold. While making his way to Mecca. What would it be like to travel in his caravan? Can that experience be recreated with a space-faring civilization?

9. In the Dune universe, Melange plays a central part in the economy. From what we know this spice is a stimulant that increases mental capabilities. Furthermore, it is only found on the desert planet of Arrakis. In our world, the closest parallel is caffeine in the form of coffee. First introduced by Yemeni Muslims in the 1400s. What would the world look like if Yemen was the only source of coffee?

10. We now have Muslims in space. Which raises some interesting Fiqh (jurisprudence) issues. Such as how to determine the position of Mecca to offer daily prayers. I explored this issue in my stories and I would love to see what you come up with!

So there you have it. Plenty of inspiration to get started. For further research do pick up the book or visit Lost Islamic History. And as always stay tuned to this spot for more Islamic SF!