The Trouble with Gulf Futurism 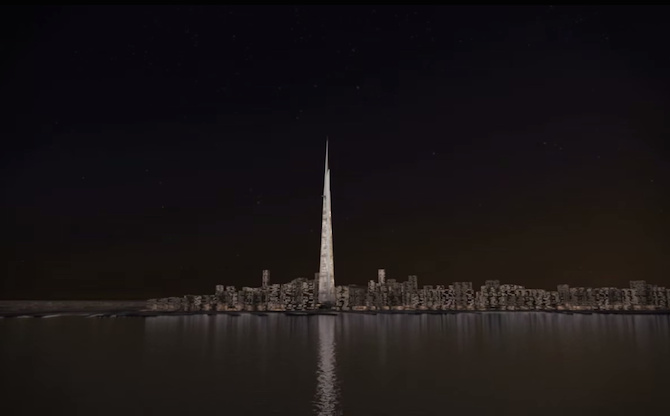 The Vice has an article on the problems with Gulf Futurism by Nathalie Olah. While this is technically not science fiction but the idea of Gulf Futurism has many of the trappings of Science Fiction so we wanted to cover it here. The aesthetics and the kind of development that accompanied the recent growth in the Persian Gulf was christened Gulf Futurism by Sophia Al-Maria. While the recent boom of various architectural and cultural projects in the Gulf represents an alternative model for how the future may be envisioned, the kind of rampant development in the Gulf has many pitfalls especially the salve labor which has made such development possible. It is not just the locals which are to be blamed but the multi-national corporations also have an important part in making the lives of the guest workers miserable. Here is a relevant except from Olah’s article.

It’s not exactly surprising that cities throughout the Middle East look like they’ve been inspired by a less-dystopian version of the Blade Runner universe. In 2005, the film’s “futurist designer” Syd Mead visited the region and met with Bahraini royal Sheik Abdullah Hamad Khalifa to discuss building projects. And despite all its patriotic function, the Kingdom Tower is itself a work of American creation. Designed by Chicago firm Smith Gill, it’s loosely based on plans for an architectural pipe-dream of the seminal Frank Lloyd Wright: a one-mile-high tower called the Illinois. Unfortunately, planners at the site in Saudi Arabia deemed the original height too tall for the relatively unstable terrain of the Red Sea Coast.

The complete article can be viewed here: Vice article on Gulf Futurism