SWTXPC Panel: Science Fiction and Fantasy in the Islamic Milieu

I will be part of a panel on Islam and Science Fiction at the Southwest Texas Popular Culture and American Culture Association annual conference. The three of us will be discussing science fiction themes especially in the context of Islamic cosmological doctrines and beliefs. If you happen to be in Albuquerque then be sure to stop by at the conference. If there are any media queries then they can be directed to the following e-mail address: mahmad@cs.umn.edu

Panel Info: Science fiction and fantasy literature is experiencing a “revival” in modern day Muslim communities with Muslim and non Muslim writers use of the faith of over a billion adherents to enhance and often drive the narrative of their creative output.  Historically Muslims have had an impact on speculative fiction from the fantasy stories of the Arabian Nights to the time-travel stories of the 19th century Egyptian, al-Muwaylihi, to the obvious borrowing of Islamic themes by contemporary writers, movie scripts, and music. The Islamic advances in science created conditions that encouraged creativity and adventure; a belief in the dynamism of the universe arguably provided the incubation for early stories of time travel and outer body transport. The early interconnectedness of science fiction and fantasy to scientific inquiry in the Islamic world are similar to the elements that are spurring the revival of both areas in current societies.  This panel of presenters will explore the influence that Muslims and Islam has had in the past and continues to have on the current literary output in the Americas, Middle East, Europe and Africa.  The panelists will discuss the depiction of Muslims by non Muslims and Muslim writers of science fiction and fantasy, comics, manga, graphic novels, and other speculative fiction. 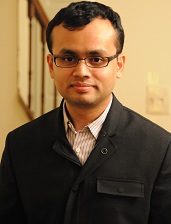 Muhammad Aurangzeb Ahmad is a researcher in Computational Social Sciences with emphasis on Behavioral Analytics, Gaming Analytics, Analysis of Clandestine Behaviors and networks. He is also the founder and editor of Islam and Science Fiction, a resource and an academic look on the representation of Muslims and Islam in Science Fiction and also Science Fiction written by Muslims on this subject. He also co-edited the first anthology of short Science Fiction stories with Muslim characters called A Mosque Amongst the Stars. 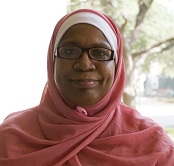 Rebecca Hankins is an Associate Professor, certified archivist/librarian at Texas A&M University, College Station TX.  Her previous employment included 12 years as senior archivist at The Amistad Research Center at Tulane University in New Orleans, the premier research repository on Africana historical documentation, and two years as Assistant Librarian at University of Arizona Library, Special Collection; Tucson, Arizona.  Her expertise includes building collections and scholarly resources for the study of the African Diaspora, Race & Ethnic Studies, and Arabic Language and Culture.  She has published in library, archival, and other peer-reviewed journals and her latest publication is on Islamic science fiction and fantasy in the international journal Foundation: The International Review of Science Fiction out of the UK. 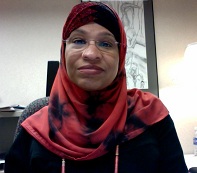 D. Waheedah Bilal is an Assistant Librarian at Indiana University-Purdue University, Indianapolis; she is new to the field of Islam and Science Fiction. Her interests include African American studies, women in Islam, and world literature. She will be discussing the image of Muslim women in Science Fiction.