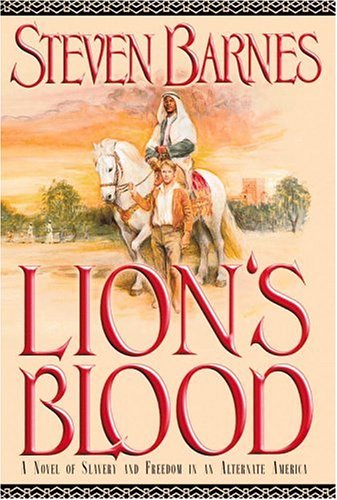 Lion’s Blood: A Novel of Slavery and Freedom in an Alternate America

The story is set in an alternative North America which was colonized by Vikings in the North and Africans of Muslim extraction in the south. The Vikings supply white slaves to the Muslim south, or Bilalistan. The story is set in 1860s. The point of departure in this world is Socrates leaving Athens around 400 BC to settle in Europe. Rome is destroyed by Carthage and Prophet Muhammad’s (pbuh) apostle Bilal has a vision that Islam’s destiny lies in the West, accross the great ocean. The South is similar to the American South of OTL but with the masters and slaves being inverted. The main characters of the book are Aidin, an Irish boy with an African master Kai. The book explores the institution of slavery and the human condition.

2008-09-15
Previous Post: What Alternate History is and What it is not?
Next Post: Steven Barnes’s Zulu Heart