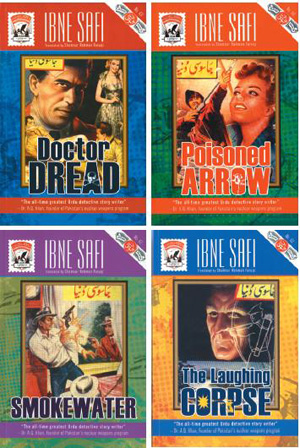 Translation: Why should man ever become serious when he knows full well that one day he will be buried along with his seriousness? (Ibne Safi) 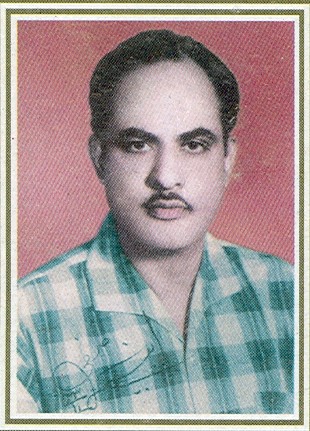 Asrar Ahmad, better known as Ibne Safi (ابنِ صفی), was a well known detective and crime fiction novel writer from Pakistan who wrote in Urdu. Many of his detective stories have Science Fiction elements. Admittedly I have not read much of Ibne Safi as he was a prolific writer, although my father used to read Ibne Safi. Two of Ibne Safi’s novel series gained a cult following in South Asia: Colonel Afridi in Jasusi Duniya (World of Spies) and Imran Series. In the last few years some of Ibn Safi’s works have started appearing in translation in English published by Random House and Blaft Publications. Forbes India paints the profile of Colonel Afridi as follows:

His main detective, Colonel Faridi, is a mildly eccentric aristocrat but Hameed deserves his own star in the literary detective’s sidekick hall of fame. Here’s a police officer who not only lives with his boss, but also dresses his pet goat in neck-ties and hats. Sample this delicious bit from Smokewater: “Hameed’s billy goat, had he been human, would have committed suicide. Or, instead, he might have assumed the role of an Urdu critic, and pronounced a sentence of death on the ghazal that was now being read to him”. When he is admonished for such antics by his boss, Hameed retorts, “I have not the slightest interest in dignity… the bacteria of dignity is even more dangerous than the bacilli of phthisis.”

The Science Fiction part in Ibne Safi’s fiction can be described as the use of Science Fiction troupes and advanced technology to further the plot e.g., supervilians getting their hands on invisibility technology, ways to prolong longevity, shrink rays etc. Ibne safi was writing such stories way back in the 1940s and 1950s. In this regard he was decade ahead of other Urdu writers both in Pakistan and India. A less known fact is about Ibn Safi’s work is that the villian Mogambo in Javed’s Akhtar’s famous Indian Science Fiction movie Mr. India was actually inspired by characters in Ibn Safi’s novels.