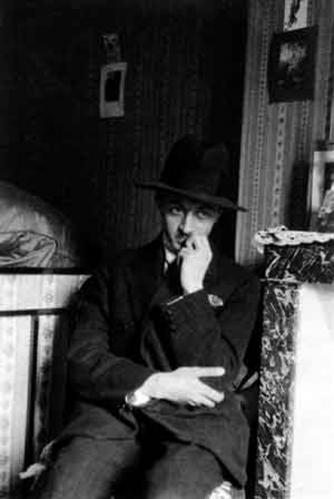 Sadeq Hedayat is considered to be one of the foresmost short story writers of the Farsi language of the modern era. One of his short stories is titled Seen Ghaff Laam Laam (س گ ل ل) or S.G.L.L which has some science fiction undertones and was published in 1933. The book deals with what looked like the impending demographic disaster of the 20th century i.e., overpopulation. With the invention of the sterility serum it seems that the problem would be avoided but it creates other problems like uncontrollable lust, depression, suicide and breakdown of society. Iraj Bashiri describes S.G.L.L as “.. (In)  S.G.L.L., the serum of sterility, which was supposed to lead the way to zero population growth, turned into a serum of lust producing a nightmare in which arson, manslaughter, and suicide prevailed.” The French translation of the short story was published in the following: Sadegh Hedayat, “L’eau de jouvence et autres récits”, Paris, Corti, 1996, pp. 43-73. If you know Farsi then you can listen to the entire short on YouTube as the following link:

2017-03-13
Previous Post: Master’s Thesis on Alif the Unseen and Ajwan
Next Post: The Pakistani Science Fiction art of Omar Gilani