By: Sofia Samatar
In: News, Reviews, SF by Muslims
With: 0 Comments 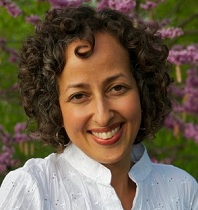 Issue 18 of Apex Magazine, the “Arab/Muslim” issue of November 2010, will no doubt go down as one of the most memorable installments of the magazine, and an emblem of Catherynne M. Valente’s brief but influential term as editor. If nothing else, the issue will be remembered as Valente’s response to Elizabeth Moon’s blog post about Muslim immigrants to the U.S.—a post that sparked a storm of controversy and led to the withdrawal of Moon’s Guest of Honor invitation to WisCon 35 last year.

In an announcement on her blog in September 2010, Valente wrote that the Arab/Muslim issue would showcase writers of Arab and/or Muslim descent and highlight the validity of Islam as an inspiration for speculative writing. She added: “It will be a small thing, in the grand scheme. It will not save the world. But it will exist, and perhaps in its own way can stand beside the recent ugliness in the SFF world as something bright and good.”

What began as a response to bigotry became a startling, quirky and beautifully textured issue of Apex. Now, over a year after its publication, what stands out about the issue is both the diversity of the individual pieces, and the shared ethos they evoke.

Most of the poems and short stories show some engagement with Islam or parts of the world influenced by Islam. Pamela K. Taylor’s “50 Fatwas for the Virtuous Vampire” concerns a Muslim vampire of Cairo, and reveals, among other things, a way for pious vampires to get around the prohibition against consuming blood. Ali, the protagonist of Saladin Ahmed’s “The Faithful Soldier, Prompted,” travels on the Old Cairo Road, and his thoughts echo the everyday language of the Muslim world, though with a satirical futuristic twist: “In the name of God, who needs no credit rating, let me live!” Samer Rabadi’s poem “Me and Rumi’s Ghost” recalls the ghazals of Sufi literature; Jawad Elhusuni’s “Tur Disaala” meditates on how the course of history might have changed had al-Andalus, otherwise known as “Moorish Spain,” persisted; Sara Saab’s breathtaking “Al Manara Dirge” addresses the city of Beirut in a manner that recalls the poetry of Mahmoud Darwish. The delightful Turkish fairy tale “Kamer-taj, the Moon-horse,” collected by Ignácz Kúnos, resembles the stories of A Thousand and One Nights in that it takes place in a Muslim context; while it doesn’t treat Islamic themes directly, as some of the other pieces do, it is certainly informed by Islam.

Amal El-Mohtar’s story, “The Green Book,” is the one piece in the collection set in an entirely imaginary universe. As such, it contains no direct references to Islam or the Muslim world. The story, which was nominated for a 2010 Nebula Award, depicts a love affair between a librarian and a book. It is the strongest piece in the issue, achieving a near-perfect balance between poetry and suspense. It also highlights a common thread that runs through the issue: a preoccupation with texts.

El-Mohtar’s Green Book is a book that is also a woman, a speaking text. The story literalizes the relationship between text and reader. The other stories in the issue, though they may not focus so strongly on this relationship, do tend to give it a certain prominence. Taylor’s narrative is broken up by quotations from Muslim vampire literature, such as Culinary Etiquette for the Islamic Undead. Ahmed’s protagonist, a war veteran, has the text of his orders delivered directly into his eyes. For both Ahmed’s and Taylor’s main characters, the relationship with texts is crucial: it enables them to understand the world and solve their dilemmas. This manner of approaching texts, while it is by no means exclusively Muslim, does reflect, even more than direct references to Islam, a Muslim world view.

There are many threads one could follow through Issue 18—enough that it’s worth rereading, and will no doubt continue to be read. Long after the circumstances that gave rise to it have passed, it will remain as “something bright and good.”