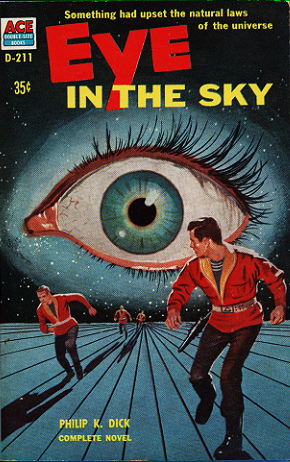 The story begins when Jack Hamilton and seven other people are caught in an accident at Belmont Bevatron. When he regains consciousness he finds himself in a fantastical world ruled by Muslim extremists where holy water works, instant plagues are sent by God, prayers are answered instantly. Most bizarre is the fact that the universe is geocentric and god is a giant malevolent eye. The story is a critique of 1950s United States. Its a critique of McCarthyism, fire brand Fundamentalism and Communist hysteria. Fundamentalist Muslims are a stand in for all these ills. All the seven people see their own versions of alternative realities.