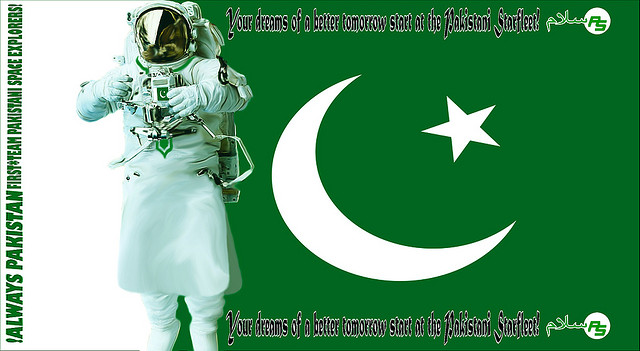 Pakistani Starfleet Explorers is a series of artwork by Kenny Hassan Irwin who is not Pakistani by descent but he seems to be Pakistani by heart. Irwin’s series envisions a future Pakistan which has peacefully expanded into space and has colonies on many star systems. Irwin’s art can be described as futuristic Pakistani folk art. Here is the description of what the Pkaistani Startfleet is by Irwin himself.

The Pakistani Starfleet, a group of millions of courageous men and women heroes that span the cosmos who know no bounds, no limits and explore in a bold way as far as their Bedford Truck Starships will take them to the very ends of galaxies we know so little about to learn more about & in turn learn more about ourselves. There is literally 1000s of stories to be told about these adventurous heros who comprise the flagship of Earth based Starfleets under direction of UNIPASA [United National Inter Planetary Space and Air Association], A galactic village of federal star-travel achievers represented by countless 10,000s of intelligent species which include humans.

Yes, indeed………….we must not forget the Pakistani Starfleet have saved more lives than you can imagine from fate less than kind to sowing the seeds of new emergency civilizations to making new friends they knew they never had with life never seen before. They are true bold achievers where others may ask “what is out there?” and the people of the Pakistani Starfleet say…….”we shall see”.

The whole series is available on Flickr and can be viewed at this link. And here are a few intriguing examples with captions from Irwin himself: 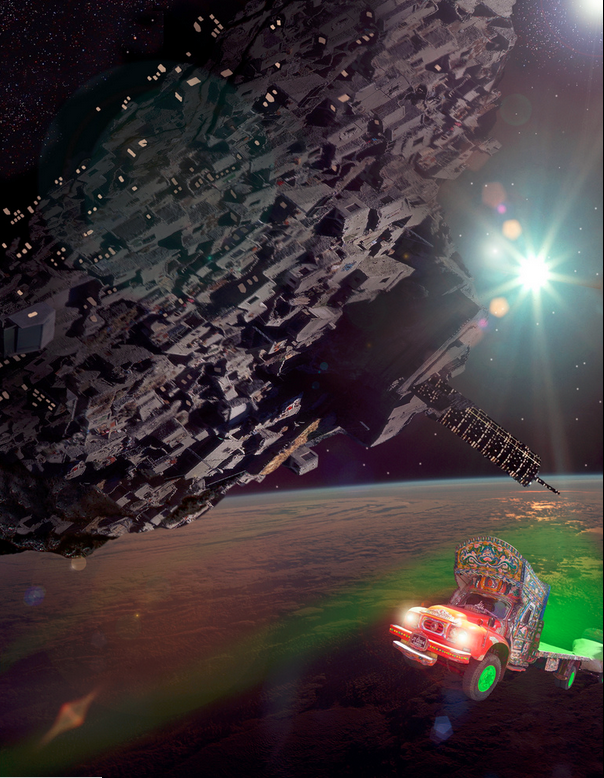 Welcome to the beautiful and rustic Karimabad Asteroid Colony. During your visit you will a many centuries old space base built by early Pakistani Starfleet explorers while prospecting for worlds that would sustain life for humanity 1000s of light years from Earth. Be sure to take in the breath taking views of the wondrous Shangri La super planet below. One of the largest habitable M class planets with a diameter measuring nearly 30,800 miles across with a gravity level 8.2 times that of Earth so do not forget your multi-gravity adjusting khussa shoes! Karachi Bedford truck Space Liners are departing daily for this great get away destination 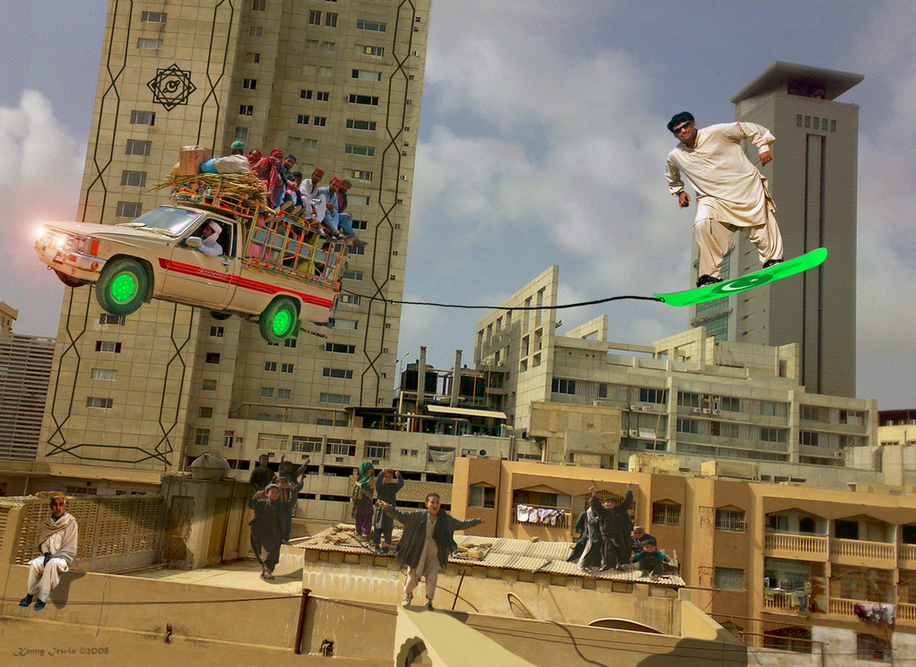 Abdul Ali Akbar the Taxila Skyboarding legend shows his stuff with great high altitude totally tubular tricks springing far from the left of the spacetruck vortices wake to get a close up for the camera in the foreground as the spectators in the back ground young and old alike cheer him on in the semi pro finals of the annual Karachi Skyboarding Competition. The kids can’t wait to be like him when they grow up and perhaps skyboard the stratus clouds of a spectacular late summer monsoon. 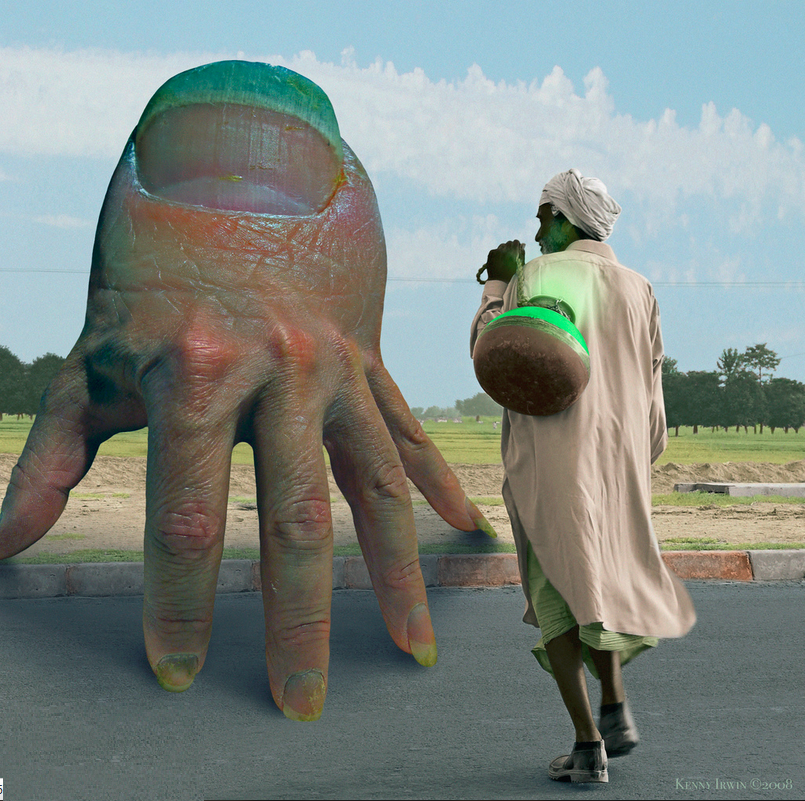 Fingio Vendarr Nailstar, Leader of Outerspace Hand share top secret data with Energon Milker Arshad. We were sent word that there is a disturbance in the galaxy spreading quickly and that the dOvemaster has revealed the eyeyOlk which could rip the very fabric of time and space. We are here to help your species by giving you a much needed timely hand of help. I see you have the secret technology in your energon milk jug that will prove most useful Arshad Moshin.

Yes Fingio Vendarr Nailstar, it’s about time the Rogue dOvemaster Columbiformic dOvezolo gets what he has coming to him and his COOing Avians of evil dOves from far beyond our world.