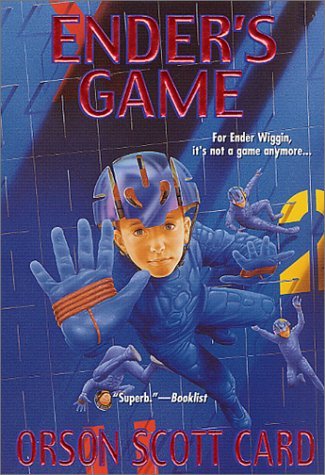 Some especially gifted children (a generation’s Pattons, Eisenhowers, Curies, and Alexander’s) are trained to command humanity’s fleet. Andrew “Ender” Wiggin is particularly young, and becomes friends with a devout Muslim named Alai, who greets him with “Salaam” at several “tipping points” in Ender’s Game, and the character and his new Sultanate formed after the Formic War appear several times in sequel novels of “Shadow of the Hegemon”, “Shadow Puppets” and “Shadow of the Giant”. Alai becomes more and more of a key player, and although not the central character, he’s quite important and powerful.
[Thanks to Will F. for the synopsis]