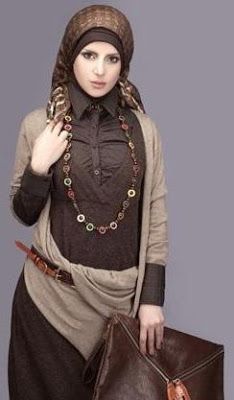 Woodturtle has a really interesting take on the world of Steampunk and being a Muslim. Here is a relevant excerpt.

It’s complicated enough to juggle issues of power, representation and creative expression — but in a fantastical world based on subversion, historical revisionism and the creation of imagined spaces where anything is possible, what boundaries are left to ensure that something remains a respectful tribute and doesn’t become cultural or religious exploitation? What happens when you take symbols, clothes, and religious items, remove them from their specific cultural context and situate them within an imagined world? It might seem cool to “play Arab” and adorn a jambiya with metal gears — but doing so doesn’t make it right, or even “steampunk.”

Jaymee Goh raises this point in her fabulous article On Race and Steampunk: A Quick Primer:

If a visible minority dresses in high Victorian fashion, inspired or derived from English or American sources, is it a sign of overcoming the ills of the time period? Owning the fashion of the oppressors? Or is it a form of assimilation into the dominant culture? If a visible minority creates a steampunk persona based on his or her heritage, is s/he bucking the overwhelming Victorian trend? Exoticising themselves?

When I dress up in high Victorian or Western-steampunk I wear hijab because of my religious obligations and not because I’m trying to create a specific “Muslim Steampunk” aesthetic. The beauty of steampunk is that it’s open to interpretation and aims to combine different elements in new and surprising ways. But my cosplay isn’t about pretending to be an 18th century European who spent time in the “Orient” writing a travelogue, collecting harem pants and bejeweled turbans to incorporate with her bustles and high-collared corsets. It’s more about having an outlet to express my creativity through an aesthetic that speaks to me because of my interests in science fiction and background in western culture.