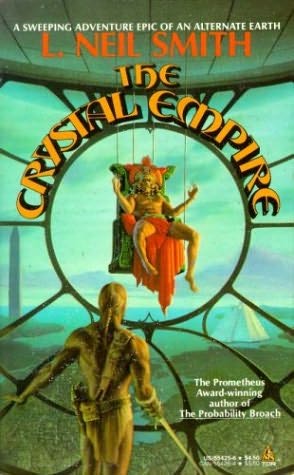 The story is set in an alternative world where the Black Death plague killed almost all of the inhabitants of Western Europe, instead of one-third in 0TL. The story is set in 2042 where the world is dominated by Muslims. The Chinese and the Aztecs are featured as well. Coincidently the capital of the Saracen (Muslim) Empire is Rome! The protagonist is a European who has to confront an alliance of Aztecs and Chinese. He is aided by a Muslim princess in his quest.