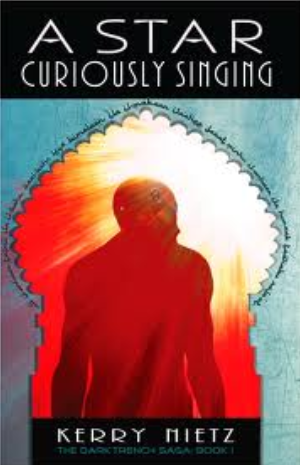 A Star Curiously Singing is a novel by  Kerry Nietz which envisions a dystopian future where Muslims are in control. Sharia law is the law of the land and slavery exists again but now in a technological form, polygamy is common and women are forced to cover from head to toe. Are there any cliche’s left to be added? Here is the description of the novel from the publisher.

If he fixes the robot, will he break his world? In a future ruled by sharia law machines are managed by debuggers, who in turn are owned by masters. Sandfly is a level 12 debugger. He is sent into Earth orbit to repair a robot-a robot that went on an experimental flight into deep space… And tore itself apart. As Sandfly digs into the mystery aboard the space station, he discovers what the bot heard around that distant star. He discovers that the bot heard…singing. As Sandfly pieces together the clues, the masters spread the trap before his feet. Everyone is racing to the same conclusion, but only one side welcomes what the singing represents.