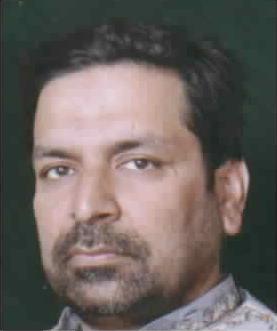 Background: Ahmed A. Khan is a Canadian Muslim Science Fiction author originally hailing from India. He has published more than 40 short stories, published in Interzone, HP Lovecraft’s Magazine of Horror etc and he has a number of anthologies including the first anthology on Islam and Science Fiction.

M. Aurangzeb: What attracted you to Science Fiction in the first place?
Khan: I came across science fiction stories early in my life – so early that I did not even know the genre by name. But these stories fired my imagination and I was hooked. In other words, what attracted me to SF was its appeal to imagination, intellect and the proverbial sense of wonder.

M. Aurangzeb: What kind of themes inform your work? Any representative stories that you would like to share?
Khan: I don’t subscribe to the clichéd opinion that stories should not have a message. If a work of fiction cannot inspire, educate, or at least entertain, it is not worth the paper (or the electronic reading device) it is printed on. So naturally I try to write stories about themes that would perform one or more of the above stated objectives. The most common themes in my stories have been spirituality (including the existence of a Supreme Deity), universal ethics, and meaning of life. As examples of my works reflecting these themes, I would like to present the following 5 stories (and incidentally, these stories happen to be my personal favorites among my 40+ stories):

M. Aurangzeb: Do you think there is a general lack of interest in Science Fiction in the Muslim community?
Khan: From my personal experience, I can say with confidence that that is not correct.

M. Aurangzeb: Are Muslims and Arabs type casted in Science Fiction stories in general?
Khan: Again, my answer is in the negative. In most of the SF stories, Muslims have been portrayed quite sympathetically. As an example, just look at the stories in our anthology, “A Mosque Among the Stars.” Of course, there are always exceptions.

M. Aurangzeb: Has the current political climate effected portrayal of Muslims in Science Fiction?
Khan: The current political atmosphere has definitely effected portrayal of Muslims in fiction but less so in science fiction. I have found that SF writers in general are much more enlightened and free-thinking than other writers and their work is thus less influenced by outside pressures.

M. Aurangzeb: What is your favorite Science Fiction author?
Khan: Asimov and Frank Herbert from the past and Ted Kosmatka, Ted Chiang, Connie Willis and Robert Sawyer from the present.

M. Aurangzeb: You have edited and co-edited a number of anthologies, what projects are your currently working on?
Khan: Currently, I am winding up two anthologies, “Cheer Up, Universe”, and “Fun Times in Strange Lands”.

M. Aurangzeb: Any advice to young and upcoming Muslim authors who might be interested in Science Fiction?
Khan: The usual ones: read voraciously, write and submit your writing and keep submitting until you get published, don’t shy away from editorial advice and criticism, and – if you are planning to write Islamic SF, seek inspiration from Qur’an and Nahjul-Balagha.