Islam and Sci-Fi: May the 4th Edition 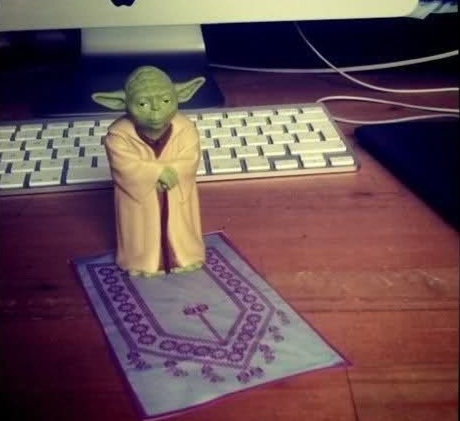 Since it is May the Forth, I decided to do a series of posts about things where Muslims and Islamic culture intersect with Star Wars. It seems to be a big hit so I decided to put all such links together for future reference. So without further ado, I give you Islam and Sci-Fi: May the 4th Edition:

As always we start off with Irfan Rhydhan’s article, Star Wars: An Islamic Perspective. Moustafi Chamli has another take on the subject with Luke Skywalker: Jihadi Knight. Third up is the most popular post of the series – Princess Leia Hijab. 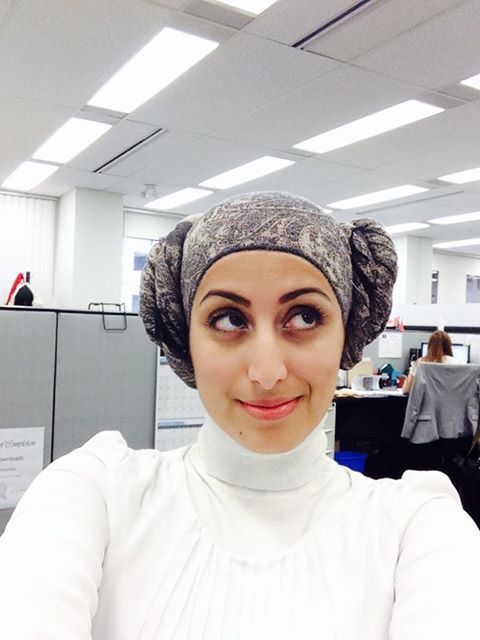 Just in case you wondering how you can replicate this hijab then you can use the following tutorial.

My favorite one is the following rendition of Star Wars in the style of Ottoman miniature paintings. 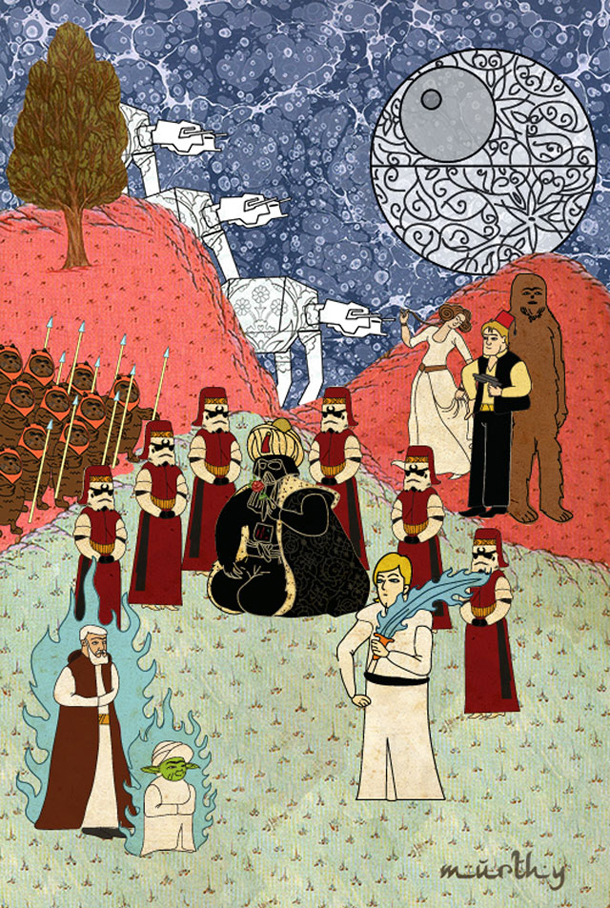 Just in case you missed it, Yoda is a secret Muslim – creeping shariah in Star Wars.

Remember the time when Darth Vader faked his own death to get married in Pakistan? 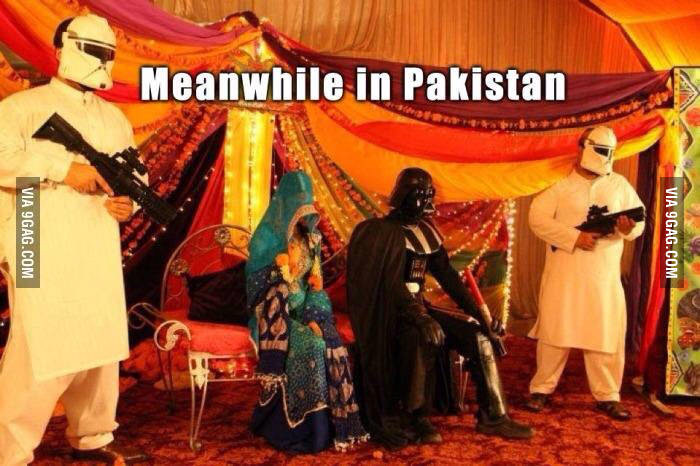 A poster for the original Star Wars movie in Arabic.

This is a Calligram in the style of a storm trooper and it repeatedly says Star Wars in Arabic. 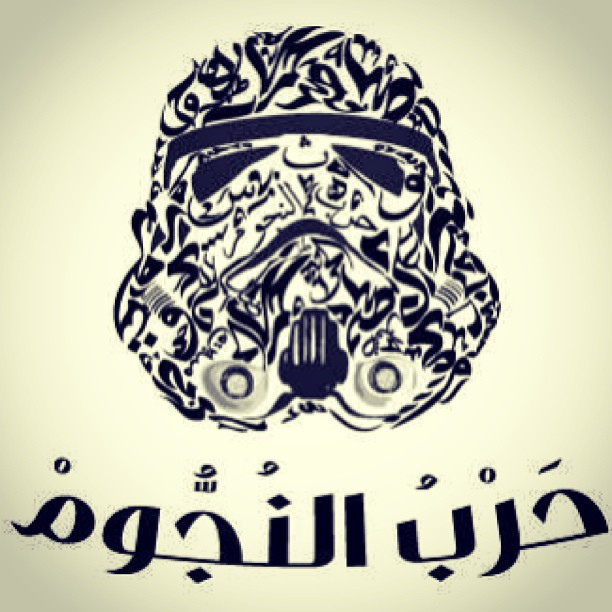 Lastly an ad for Star Wars in an Iranian newspaper. 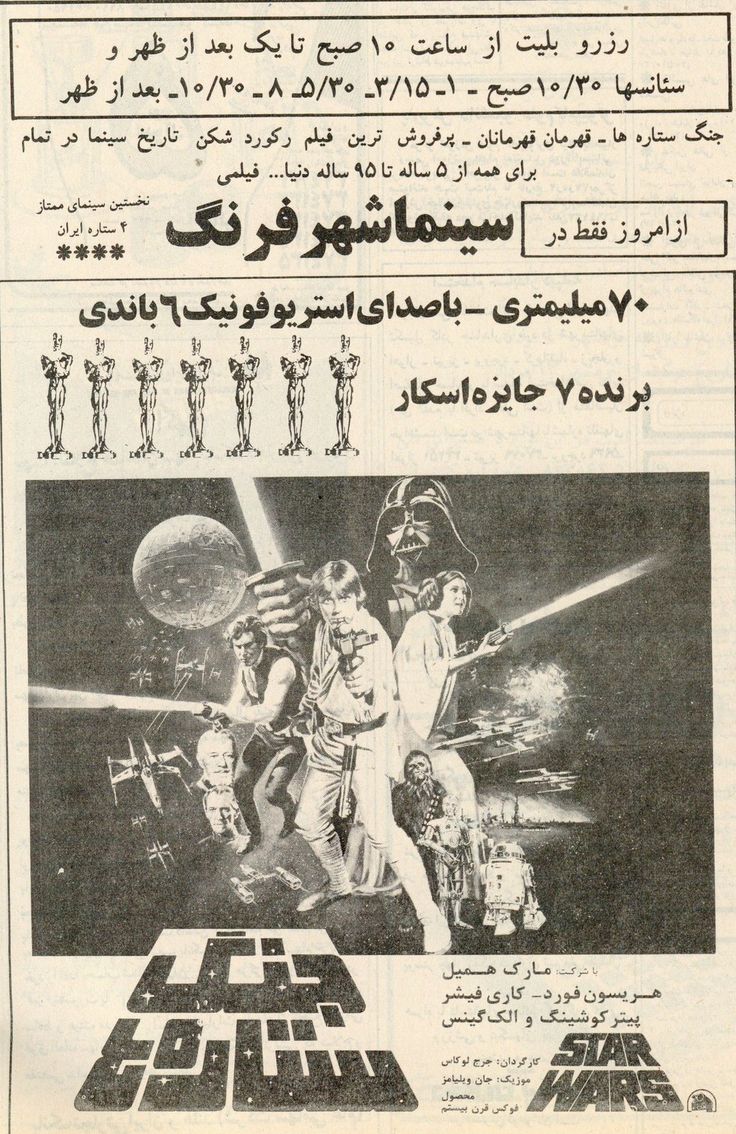