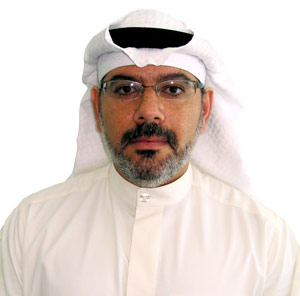 Background: Dr. Al-Mutawa is the creator of The 99 comic book series which has been hailed as a global phenomenon. The 99 series had 99 super heroes each of whose name and powers are inspired by the 99 names of God. These heroes embody the virtues of Islamic cultures and the series’ popularity has grown exponentially ever since its launch. The 99 is going to expand into television and possibly movies soon. Dr. Naif was named in the list of top 500 most influential Muslims in the world. Al-Mutawa has a PhD in Clinical Psychology, a Masters Degree in Clinical Psychology, a Masters in Organizational Psychology and an MBA from Columbia University.

Muhammad Aurangzeb Ahmad: First the perennial question, what inspired you to create The 99?
Dr. Naif Mutawa: Its a confluence of factors that conspired, my education, my bi-cultural upbringing, my being the father of 5 impressionable boys and not being satisfied with regional role models for them to look up to and my being a closet writer since the age of 9.

Muhammad Aurangzeb Ahmad: For folks unfamiliar with The 99 what is the main idea behind the Comics?
Dr. Naif Mutawa: It is a series of superheroes form 99 countries that work in teams of three. The stories are plot driven, not character driven so the question is always “What best triad of power can best solve a situation. This includes alliance between characters that represent nations that heretofore have not been very cooperative. It also democratizes the superhero genre. The stores are based on Islamic archetypes but have absolutely NO religious story lines.

Muhammad Aurangzeb Ahmad: You are a psychologist, educator, hold an MBA, an entrepreneur etc. How does your background inform your work?
Dr. Naif Mutawa: We are the sum of our parts, and the whole is always more than the sum of those parts. THE 99 is a for profit business that has lunched Joint Ventures with Endemol, DC Comics and a theme park operator. But it is psychology and philosophy to its core.

Muhammad Aurangzeb Ahmad: Are you planning to expand into other media like television, movies or video games?
Dr. Naif Mutawa: We will be on Television globally in 2011 in a 26 episode series co-produced by Endemol and written by Top Hollywood talent. The series is in #D CGI and is in HD format. Games and films are being negotiated.

Muhammad Aurangzeb Ahmad: How would you characterize the difference between how The 99 has been received in the Middle East vs. USA?
Dr. Naif Mutawa: Not really all that different. Lots of support, some resistance and overall intrigue, The fact that we were able to launch in the US in a crossover with the JLA is pretty cool.

Muhammad Aurangzeb Ahmad: Are there any superheroes in The 99 which are from the US or Canada?
Dr. Naif Mutawa: Absolutely. They are from 99 countries.

Muhammad Aurangzeb Ahmad: 9/11 negatively effected the coverage of Muslims in various media, do you think The 99 can positively contribute to changing this image?
Dr. Naif Mutawa: Yes, I do. But I think more important than correcting he image of Islam to the West is correcting it to Muslims themselves. Islam is negatively diluted every time something like a 9/11 happens in its name. I chose to step up and go back to the same sources that “the bad guys” have pulled their messaging and substituted it with multicultural, tolerant messaging. If you tell a child enough times they are stupid, they will begin to believe that they are, and if you tell them enough time that they are  terrorist ….

Muhammad Aurangzeb Ahmad: What are the future directions for 99?
Dr. Naif Mutawa: We are in the midst of writing the second season of television and negotiating film and game rights.

Muhammad Aurangzeb Ahmad: While growing up, what were the comic books and other pieces of fiction that inspired you?
Dr. Naif Mutawa: I loved to read, mostly the Hardy Boys and Nancy Drew and graduated onto Agatha Christie and Alfred Hitchcock but made it a point to read ALL of Robert Heinlein’s books in high school which was a full time job! I also love John Wyndham.

Muhammad Aurangzeb Ahmad: Do you have any favorite Science Fiction author or a favorite novel that you would like to share?
Dr. Naif Mutawa: John Wyndham, The Day of the Triffids, The Kraken Wakes, Chocky.

Muhammad Aurangzeb Ahmad: What advice do you have you young and burgeoning authors who may be interested in creative endeavors like writing Science Fiction, Comics etc?
Dr. Naif Mutawa: Go for it!