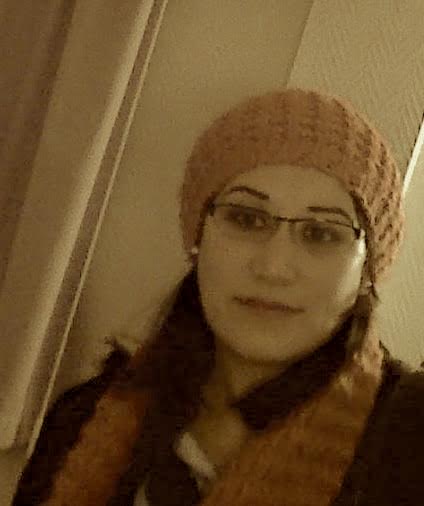 As promised, here is the English translation of our interview with he Tunisian Academic Dr. Ayed Kawthar in English. The French text of the original along with a bio is available here.

M. Aurangzeb Ahmad: Please tell us about your background and how did you get interested in Science Fiction in Arabic?
Dr. Ayed Kawthar: When I was young, my elder brother and I discovered Nabil Farouk’s SF book series edited in Egypt since the 80s “Milaff Al-Mustakbal” (“Futures Files”) which at the time, had on their back cover a clear reference to science fiction. I was fascinated by this series of books. Today we have a section dedicated to these texts in our library from the first volume to the last. Later in high school, I participated to a writing contest for a play script and I presented a science fiction scenario; it was about an alien who wanted to destroy the earth because human beings are cruel, bloodthirsty and did not deserve to live since they waste their time making war and destroying the planet. Two scientists try to convince him that even after that there’s still hope and that man will eventually become aware of the damages he caused. I received the first prize and I was able to produce the staging myself with very simple means.

It was not until years later that I made the choice to conduct researches in SF at Sousse University in Tunisia, even though I had a hard time convincing my professors. I had to fight to show them how much this literature is rich and interdisciplinary. I did my doctorate at Aix-en-Provence under the direction of professor Roger Bozzetto (to whom I owe a lot of things) thanks to a scholarship from the French government. I wrote my thesis on the expression of crisis and the modern disenchantment in the Western and Arab world. It is a comparative study that interrogates dystopian anticipatory texts on their visions of the world, on this dialectic between politics, social, science and literature.

M. Aurangzeb Ahmad: What kind of theme figure dominantly in Arabic Science Fiction and how have the themes
changed over the course of time?
Dr. Ayed Kawthar: Futuristic novels are the main genre with both of their utopic and dystopic sides. Besides, near the end of the 19th century and beginning of the 20th we find utopic anticipatory writing in Egypt, Lebanon and Syria. This anticipatory movement continued to inspire writing for years. Najib Mahfoudh with his play “Le Monde Inconnu” (“The Unknown World”) anchors futurism at the heart of a deep philosophical reflection of the world. Nihed Sherif, the pioneer of Arabic SF, will make of anticipation a choice of writing style. Nabil Farouk would later make of it an editorial phenomenon, even though the serie “Milaff Al-Mustakbal” created a schism between great literature and popular literature because of the poor publishing quality. However, it’s thanks to this author that we went from anticipation to space opera and defensive military utopia. We find some traces of uchronies like “What if Hannibal returned” from the Tunisian author Hedi Thebet and “Return to Granada through Sagittarius” by the Moroccan author Khaled Yaaboudi. Hard SF has not really been developed by Arab authors.

M. Aurangzeb Ahmad: Has the Arab Spring had any impact on Science Fiction and Speculative Fiction in the Arab world?
Dr. Ayed Kawthar: Generally speaking – yes, but not in a good way. The production of SFA declined significantly, the Egyptian one stopped, but to my knowledge no writing is inspired by the “Arab Spring”; perhaps because it actually isn’t one, but rather a time of distress and not of prosperity.

M. Aurangzeb Ahmad: What do you foresee as the future of Science Fiction in the Arab world?
Dr. Ayed Kawthar: SF will go through a true golden age if societies follow the path of true progress, both scientific and human. It is dependent of the current situation. But we have to make efforts to promote and introduce it in the academic system, since it allows to develop creativity and critical sense. There’s still hope.

M. Aurangzeb Ahmad: What contemporary authors of Arabic Science Fiction do you recommend that people should read in order to get a better view of this genre?
Dr. Ayed Kawthar: I would recommend Nihed Sherif and Nabil Farouk from Egypt, Lina Keilani and Taleb Umran from Syria, Tiba Al-Ibrahim from Kuweit, Hedi Thebet from Tunisia, Khaled Yaaboudi from Morocco; there are certainly many others whose writings are interesting.

M. Aurangzeb Ahmad: What works of Arabic Science Fiction have been translated into Western languages like English, French, Spanish, German etc that you recommend reading?
Dr. Ayed Kawthar: – “Utopia” from the Egyptian author Khaled Tawfik
– “Les temps ténébreux” (“Dark times”) from the Syrian author Taleb Umran
– Tunisian and Egyptian SF novels that I translated into French and were published in the magazine
– Galaxies #43, which was dedicated to Arabic Science Fiction.

M. Aurangzeb Ahmad: The developments in the Gulf region in places like Dubai, Qatar, Abu Dhabi etc have been
described as being realization of a science fiction dystopia. Is the Gulf region producing any Science Fiction in Arabic?
Dr. Ayed Kawthar: In fact, after the famous”Arab Spring” many texts have become difficult to access. But what I learned from my readings is that SF was present in some countries of the Golf. Tiba Al-Ibrahim of Kuwait wrote an excellent feminist trilogy on cloning in which the woman are enabled to take revenge from centuries of exploitation to end the existence of the man. The women would be able to clone themselves to infinity and would no longer need man to live and give birth. It is a dystopia but driven by a revolutionary and critical spirit. Ashraf Ehsen el-Fakih from Saudi Arabia has written a lot of science fiction short stories. There should be many other writers but I don’t know about them. I will conclude with one thing: the first conferences on SFA were held in Syria, in Damascus. In Tunisia, an extraordinary gathering of authors and critics was held at headquarters of ALECSO in 2009 and this year, in May (3rd/4th), we will hold a conference on Arabic Science Fiction for children. This kind of event allows to learn more about the subject.