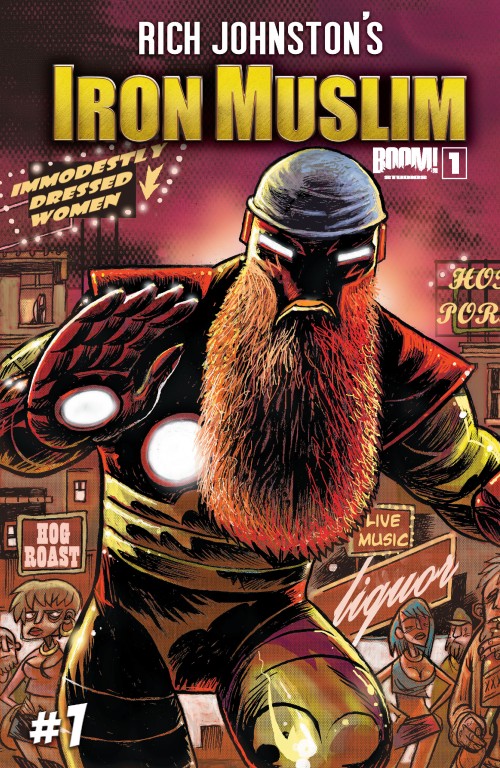 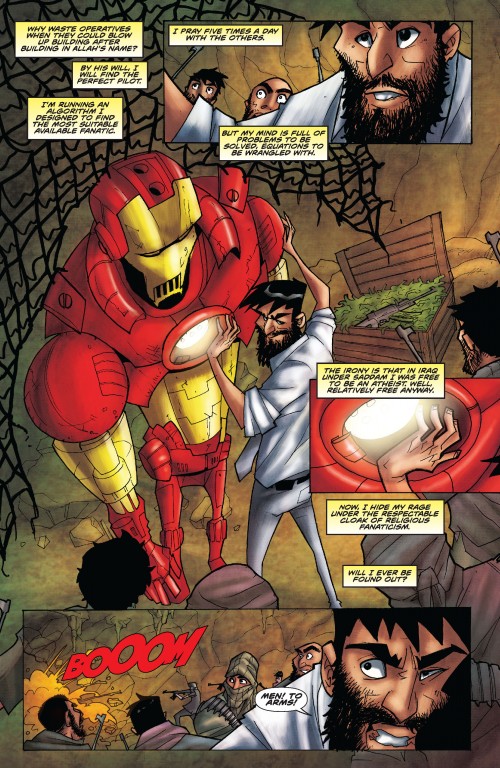 The Iron Muslim is a humorous take on the Iron Man by Rich Johnston who deliberately uses some of the most notorious stereotypes regarding Muslims in the popular media to highlight how absurd these stereotypes are in reality. The main character of the story is Al Stark who is a Muslim guy who is a genius. One day his village is attacked by some soldiers from the US Army and his family is wrongfully killed. This turns him against America and he starts working on an ironsuit that he plans to sell to some fanatics but fate has other plans for him. As he is working on his suit his hideout is attacked by American soldiers and he is forced to wear the suit himself and thus the Iron Muslim is born. The Iron Muslim then goes on to attack the US and destroys the statue of liberty. However he also loves America and thus feels guilty. He then hires a Hollywood firm to make a movie about him and rehabilitate his image.

Bleeding Cool has a preview of 10 pages from the Iron Muslim comic here.