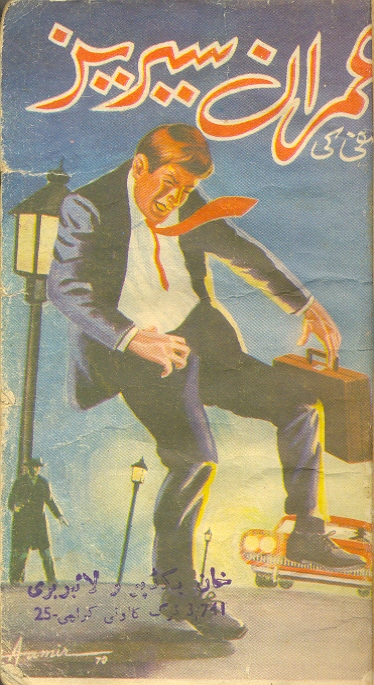 While Imran series is not focused on science fiction and is mainly a spy series, it does have many elements which can be considered as science fiction. Although it is never mentioned where the store is set, other than the author says that it is in a South Asian country but it is quite clear from the setting that the country is Pakistan and the main character is based in the city of Karachi. The main character of the series, the eponymous Imran, is a bright and handsome young man who has a PhD from Oxford. He is always accompanied by his two trusty associates: Sulaiman, the cook, and Joseph Mugunda, his bodyguard. Imran is also supposed to be the descendant of Genghis Khan. Many of the stories involve a scientist or a new invention and how it can be a game changeer and it is up to Imran and his team to save the day. In the last years of Ibn Safi’s life a number of other authors took the Imran Series name without official authorization. Out of these Mazhar Kaleem’s version of Imran Series became the most well known and eventually as famous as Ibne Safi’s version.

There are a number of Sci-fi elements in the Imran series plotlines e.g., in the novel Mind Blaster someone actually invents a mind-blaster that can disable a person’s brain from miles away so that the person goes into comma, in the novel Top Mission a secret agency wants to resurrect long extinct animals using their DNA for nefarious purposes, the novel  Star Blaster plot involves the desctruction of a SDI Star Wars like weapon that can intercept and destroy any missile in its path, and so on and so forth.