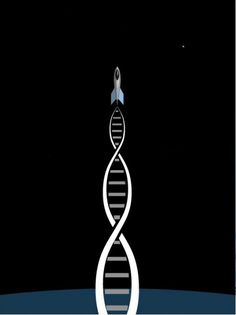 Occasionally we cover news from the Muslim world which are sounds like Science Fiction, once such instance is what is going on in Kuwait right. While this does not really amount to creating the world of Gattaca but Kuwait has taken measures that makes genetic discrimination easier. Here is an excerpt from a news story:

In a controversial move, Kuwait has passed a law making it mandatory for all its 1.3 million citizens and 2.9 million foreign residents to have their DNA entered onto a national database.

Anyone who refuses to submit their DNA for testing risks one year in prison and a fine of up to US$33,000, and those who provide a fake sample can be jailed for seven years.

What makes the law even more discriminating is that it is not limited to Kuwaiti citizens but expatriates  and visitors in Kuwait also have to take the mandatory DNA test.

Expats to have their DNA data filed, knowing that this data will only be used for security reasons and with utmost confidentiality with the sole purpose of protecting national security. The sources also noted that visitors’ DNA data would be taken immediately on entry to Kuwait.

Thanks to Jamal M. for the tip.