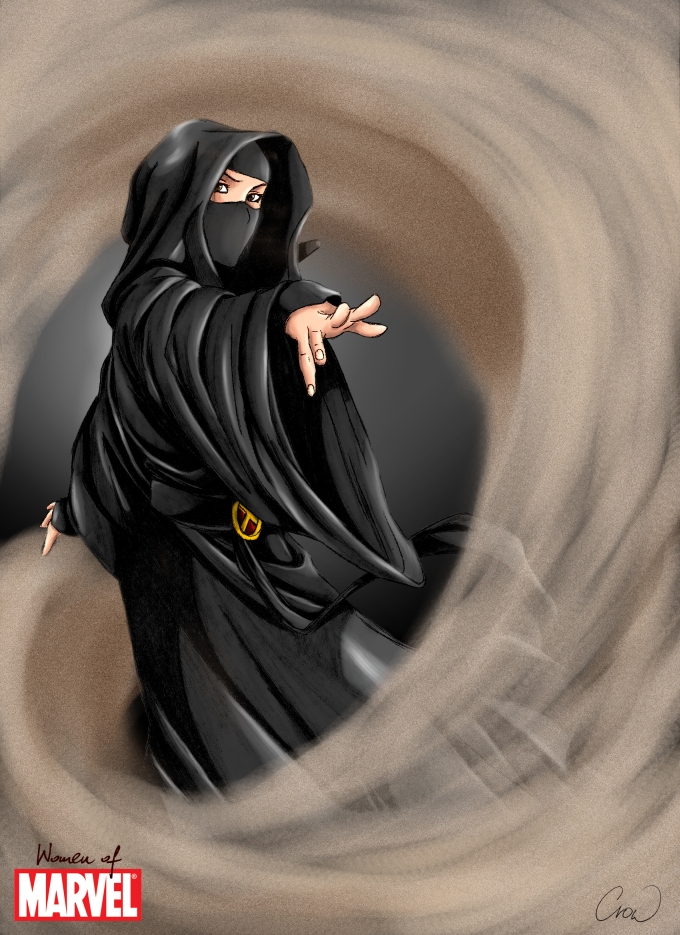 For those interested in an academic look at the representation of Muslims in Comics here is a relevant article.

Finding a Place for a Muslimah Heroine in the Post-9/11 Marvel Universe: New X-Men’s Dust

Abstract: Soon after the attacks on the US on September 11, 2001, Marvel Comics introduced Dust, an observant Sunni Muslim, as a member of the New X-Men. In this study, we point out how the focus upon her Islamic faith departs from conventional depictions of superheroes in American popular media. Additionally, we discuss how her religious beliefs and practices define her as different, and thus sets her apart, from other superheroes. We also examine how, in keeping with the American monomyth metanarrative that informs the superhero genre, Dust functions as a liminal character, one who bridges the worlds of Islam and the West. The paper concludes by noting that Dust, in common with other superheroines, is relegated to the periphery of Marvel’s narratives primarily because she is female.

Thanks to Hal Hall for the tip