Demographics of Submissions to Islam and Sci-Fi Short Story Competition 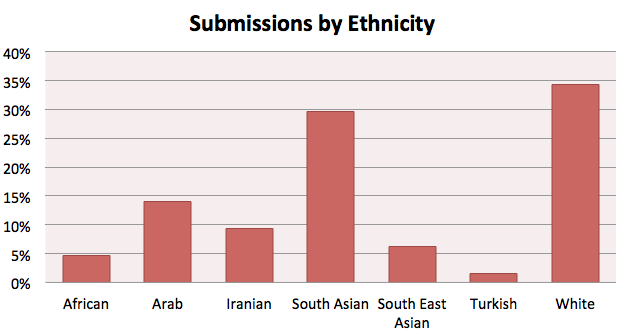 While it has been a while since we ran our short story competition, I thought it would be worthwhile to see the demographic make up of the submissions. Here is the summary of what I found. In terms of gender make up I am glad to report that the women are well represented in this competition. 44% percent of all submissions were from women which is really great. 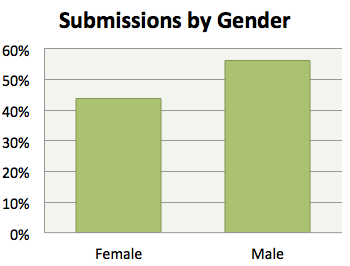 In terms of age cohorts, we also have a pretty good breakdown. While the majority of the people fall into the 20-39 age cohorts, we do have submissions from writers as young as 7 years old. I should add that we do not know the age of a third of the writers which are thus not represented in the graph. 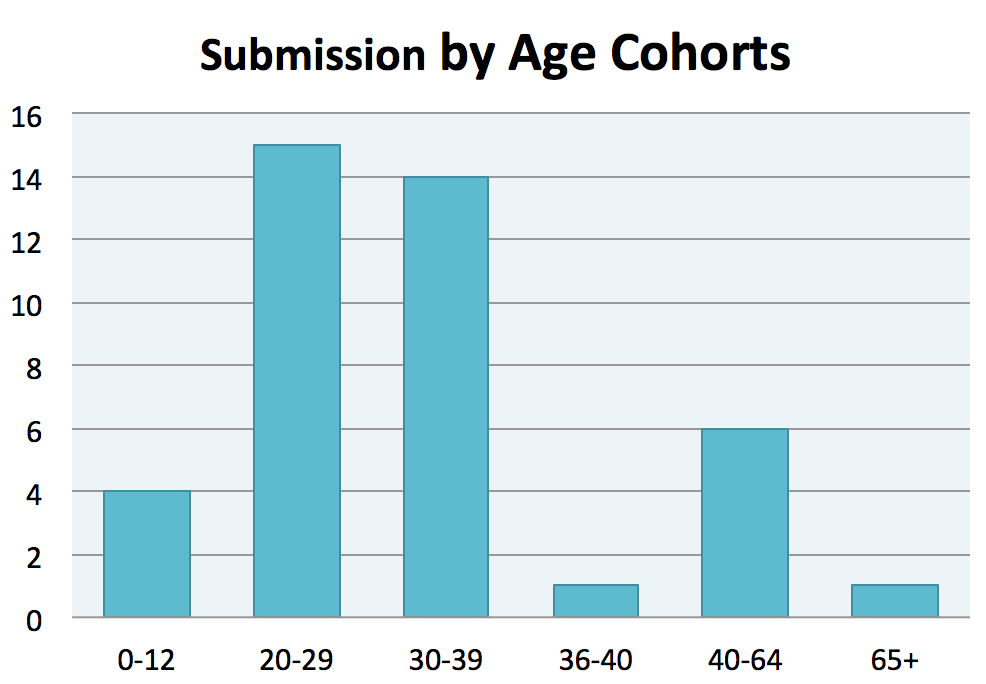 Now lets look at the nationalities of the people who submitted. The top three nations are USA, Pakistan and Britain. A third of the submissions are from USA. In some cases there is overlap in cases where a person was a dual national. Nationalities of ten submissions could not be determined so they are not listed here. 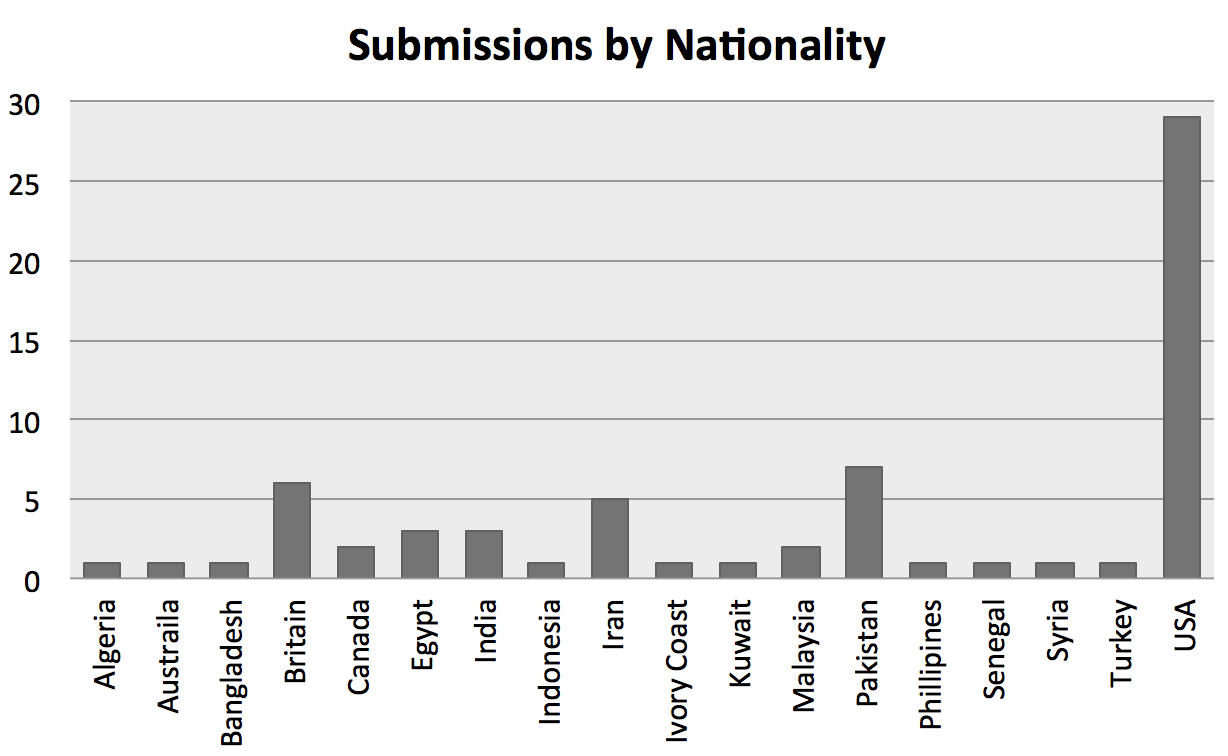 Lastly if we look at ethnicity then we see that many groups are represented here. White are mainly European Americans or Caucasians and form the largest group followed by South Asians. A number of submissions from the USA were from South Asian Americans. Africans include people from Africa as well as African Americans.

Overall, the competition was a success and we are glad to have received submissions from such a diverse group. Hopefully we will have another competition soon. In the mean time comments, suggestions and how to improve the competitions are greatly appreciated.

2017-01-13
Previous Post: Peace Through Art. Pipe Dream or the Way Forward?
Next Post: Science Fiction and the Civic Imagination Forum: Whose Futures Does Science Fiction Foretell?