Catherine Wells’ Beyond the Gates 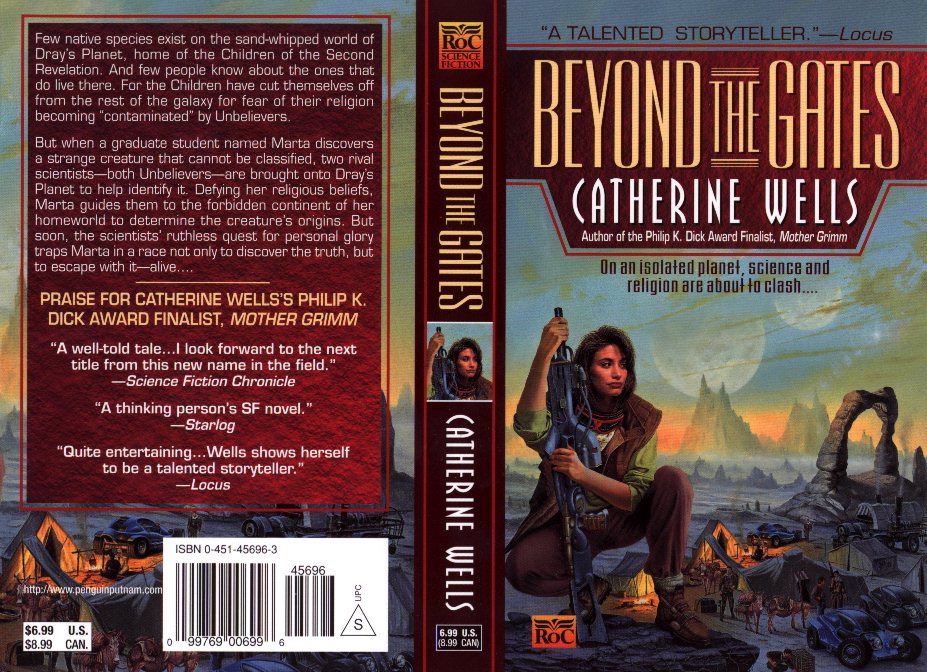 Wells’ story story is set on a planet inhabited by descents of Muslim colonists. The society is reflective of some of the stereotypes that many people have about Islamic societies and the story is set up as conflict between religion and science. The society on Dray’s planet forbids contact with outsiders  in the fear that they might contaminate their religion. When a mysterious creature is discovered on the planet then the establishment of the planet let in two scientists from the outside to investigate and the story of determining the origins of the creature is where all the drama lies.