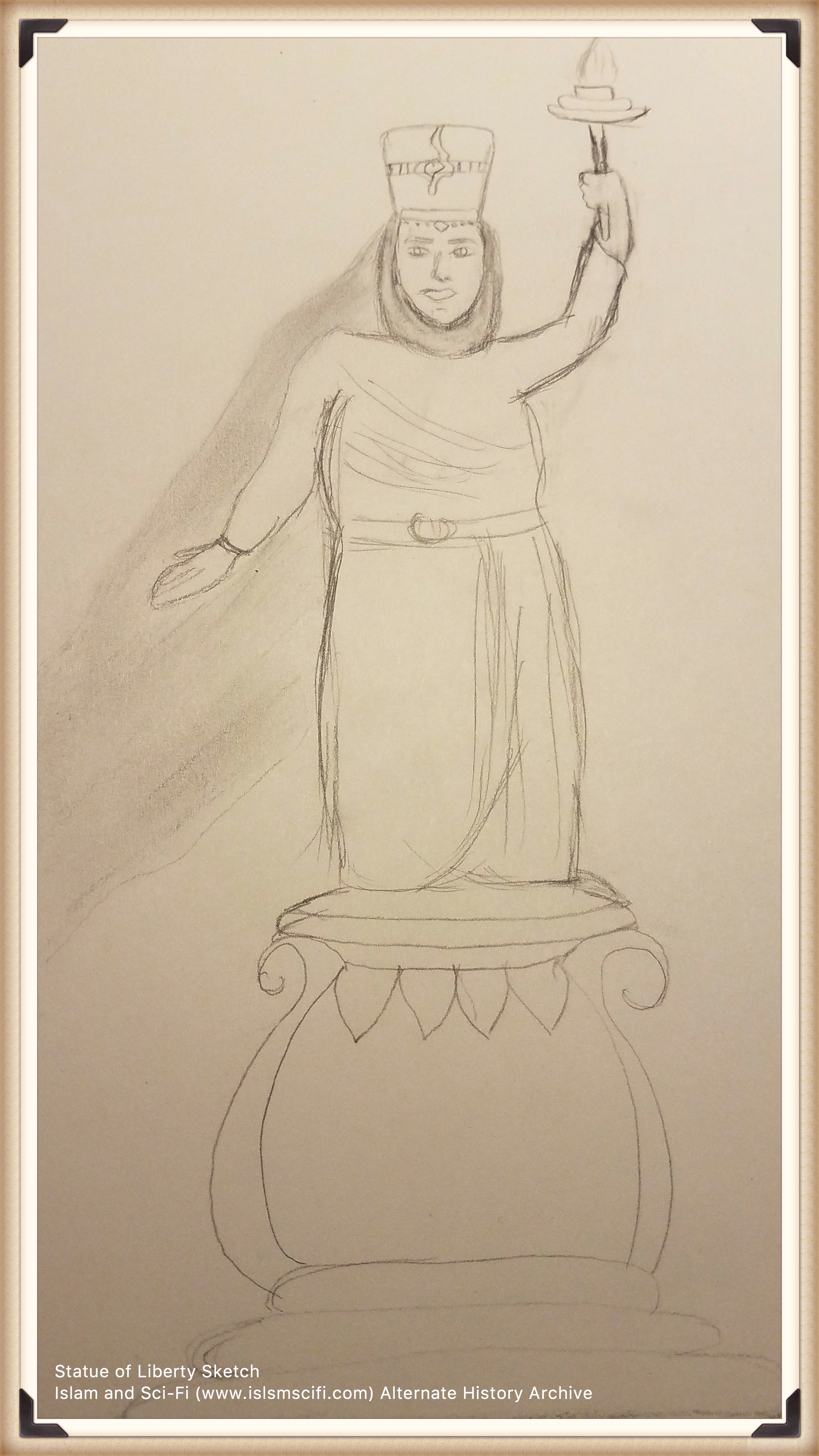 We are starting a new regular feature on Islam and Sci-Fi: Alternate History Tuesdays. Every other Wednesday we will be posting an alternate history scenario, piece of art, story etc. This is inaugural post. Please let us know what you think about this series so that we can evolve this  feature over the course of time into something bigger and better. 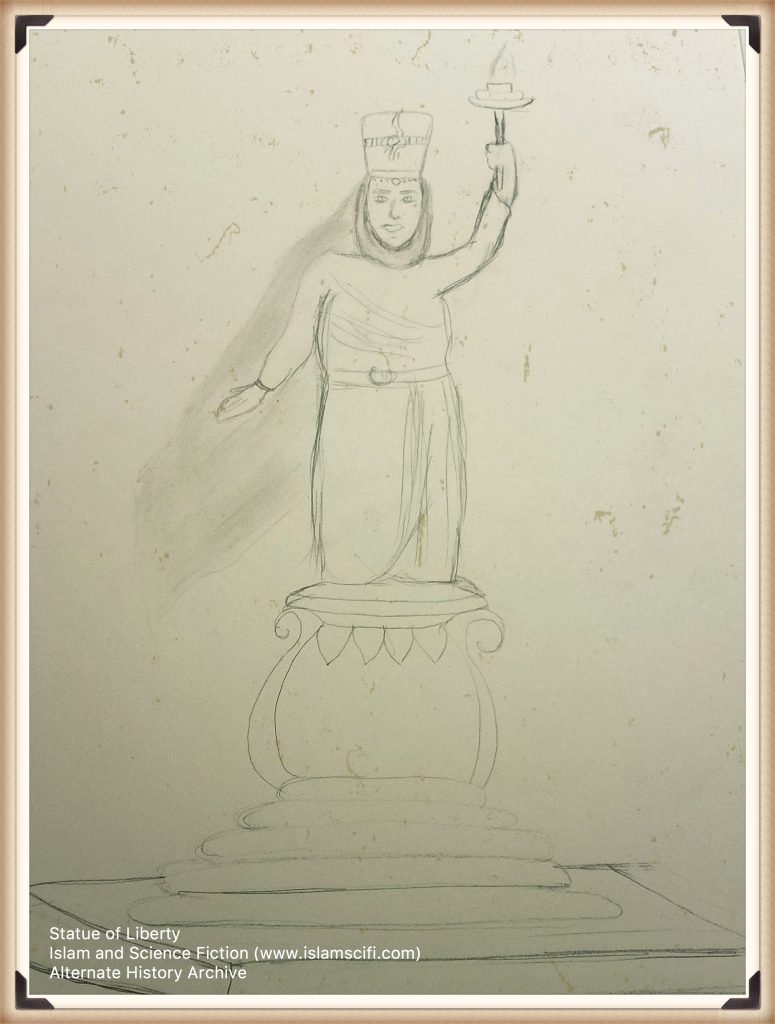 The genesis of the State of Liberty go back to Alexandre-Gustave Eiffel’s visit to Egypt in 1855. Inspired by the State of Abu Simbel Eiffel first proposed the idea for a large statue in the form of a Egyptian peasant woman to be eracted at the entrance of the Suez Canal. While the idea was bounced around in Egypt for several years, the economy of Egypt did not permit Egypt or the British Empire to take it seriously. As luck would have it Eiffel had a chance encounter with the aging American Steel magnate Albert Crawford Westmoore in a saloon in Alexandria in 1869 where he saved the older Westmoore’s life when a brawl broke out between British and American archaeologists. In 1887 when the Eiffel Tower was built in Paris and Eiffel was getting a lot of negative publicity because of it, Westmoore happened to be in Paris offered Eiffel to finance his next big project – The State of Egypt Engligening the World. In subsequent years Eiffel moved to New York and the statue morphed into what we now recognize as the State of Liberty. Eiffel settled in Lower Manhattan where he became good friends with many people from Syria fleeing the wars in the Ottoman Empire. While most of the immigrants were Christians, there was one Muslim woman in particular that took Eiffel’s fancy – Fatima El-Nour, the woman’s whose face now adorns the State of Liberty. While they couldn’t marry because of religious and cultural differences, and the fact that Eiffel was 40 years her senior at the time of their ill-fated courtship. Fatima El-Nour did not survive for long, she caught influenza and died soon thereafter. With Westmoore’s financial backing Eiffel convinced the government of NYC to back the project which was marketed as a symbol of America’s shining light to the world and positing America as the new Egypt bringing light to the world. It was earlier thought that Eiffel traveled throughout the US mainly to raise funds for the project as Westmoore had only provided severity percent of the funds. However, when the Westmoore archives were finally made public in 2008 it was revealed that the tour of Westmoore’s idea to give people of the US a sense of ownership for the project. This is the main reason why the State of Liberty is not just the sign of America’s light to the world but also its promise of liberty and freedom. This is how a chance counter in Alexandria in British occupied Egypt, public backlash over the Eiffel Tower in Paris and a tragic love story led to the face of a Muslim woman being on a symbol of American culture.

The statue is inspired from not just Abu Simbel but Colossus of Rhodes and the base of the statue is clearly inspired from ancient Cretan architecture. The dress that lady liberty is wearing is inspired from the traditional dress of Egyptian rural woman. The headscarf that she is wearing is known as the hijab. This is one of the reasons why hijab has never become an issue in the US, despite it being controversial in Europe. In fact in the 1960s and 1970s hijab was adopted by the fashion industry in the US as another accessary. These days it is mainly Muslim American woman who wear the hijab on a daily basis but on 4th of July women everywhere in the US wear the turquoise hijab to symbolize lady liberty – a tradition which became popular during the Cold War to emphasize the Christian character of America.